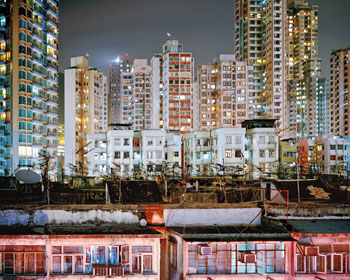 Greer Muldowney is an artist and professor of photography at the New Hampshire Institute of Art and the New England Institute of Art. She has a degree in Political Science and Studio Art from Clark University, and a MFA from the Savannah College of Art and Design. She has worked for photographers Stephen DiRado and Henry Horenstein, and acted as curator for the Desotorow Gallery in Savannah, Georgia, and as an assistant curator at the Panopticon Gallery in Boston.

Her work has been exhibited and published in the United States, Hong Kong, Malaysia and France, and she is the Grand Prize winner of Professional Women Photographers’ 36th Anniversary International Open Call. This exhibition will open May 9th at the .No Gallery, with a reception on May 11th.

GM: There are many artists and photographers I am infatuated with for their work and contribution to the field, but the one who leaps to mind is Lee Miller. Her many contributions to photography are astounding and somewhat overlooked. I feel she has been marginalized as a model, a muse, and footnote to those she collaborated with, most notably Man Ray and fellow war correspondent, Margaret Bourke-White.

Miller’s work and contribution to Surrealism solidified her place in the canon of fine art.  Her bravery and compassion as a war correspondent for Vogue provided unflinching imagery from the front lines of World War II, and her fashion work for Vogue contributed to its iconic aesthetic, and proved that women can wear many hats professionally and creatively.

Later in her career she was affected deeply by depression-what is now known as post traumatic stress syndrome-due to her experiences during the war. However, Miller exhibited a persistence and drive to make work even after this time period. 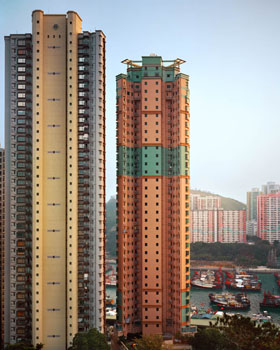 GM: As an undergraduate photography major, where Miller was addressed more as a footnote to Man Ray’s brilliance. Perhaps she was overlooked  because of her placement in time. Now, as an educator of young photographers, Miller often comes up when speaking about art, war, fashion and feminism.

You write about your images of Hong Kong: “by making imagery here, I ask viewers to contemplate these issues [sustainability], but to also see these places as homes; not statistics.€ Do you feel that by being a woman photographer, you bring a different perspective to the table?

GM: That’s a funny question, as I’ve had a few instances of being addressed as a man in regards to this body of work. Shooting architecture, which has historically been a man’s genre (Edward Burtynsky, Michael Wolf), with a gender-ambiguous name, has elicited a few embarrassing and good natured apologies when I respond to inquires with “by the way, I’m a woman” response.  I think they are anticipating a brusk, Indiana Jones type, and I am more than fine with this. 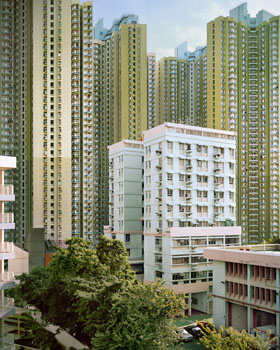 In regards to my work, I feel that my feminine perspective has played less of a role than my being a westerner. The photographs are about grappling with how we perceive modern China through the imagery and media. I speak a great deal about humanizing these places, because it is very easy to speak in population statistics and resource consumption, pollution and bad policy. I went in as an outsider and wanted to make the imagery as beautiful as I could for other outsiders.  We make assumptions about other cultures, cities and systemic problems, but only perceive them from the outside, and through the visuals provided to us. By making my photographs approachable, not dense and intimidating, I hope to incite these conversations, or at least challenge former perceptions.

GM: I think photography has the dual power of both celebrating and challenging what it captures. I often tell my students (much to their eye-rolling) that photography is not in a vacuum, and it shapes policy, opinion and society more than they are remotely conscious of. This means not only profound images that stop you in your tracks, but the advertisements, subtle displays and acts of beauty that we may not spend any thought on at all.  I hope that they take from this a sense of responsibility, and respect for their medium which is most pervasive in the world.

Lee Miller was born in 1907 in Poughkeepsie, New York. She began as a model for greats like Edward Steichen and George Hoyningen-Huene, and in 1929 went to Paris to apprentice with Man Ray. She opened a studio there, then in New York in 1932.

She left New York to marry businessman, Aziz Eloui Bey, and in Egypt, made some of her most striking Surrealist photographs. In 1937, she met Roland Penrose, a Surrealist artist and arts patron, in Paris, and moved to England. When World War II broke out, she embarked on a career as a photojournalist, covering the Blitz, the siege of St. Malo, the Liberation of Paris, the link up of the Russian and American armies, and the liberation of Buchenwald and Dachau. A famous picture shows her bathing in Hitler’s bathtub.

In 1947, Miller married Penrose and gave birth to her only child, Antony. They lived at Farley Farm House in Sussex, where Penrose became a collector and supporter of artists like Picasso, Henry Moore, Jean Dubuffet and Max Ernst, many of whom Miller photographed.

Miller had great beauty and great success, but also a dark side that included a childhood rape, and later alcoholism and depression. She died from cancer in 1977 at Farley Farm House.