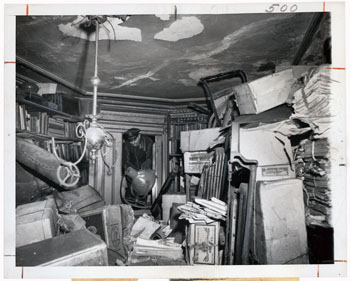 Claudia Sohrens is visual artist and educator who was born in Germany and now lives and works in New York City. She is the recipient of the 2010 NYFA fellowship in Photography, and has participated in several artist residencies, including one at the Bronx Museum. Her work has been included in exhibitions at the Bronx Museum, the Brooklyn Museum and the Artists Space, as well as the international Electronic Language Festival in Sao Paulo, the Project Space at Kunsthalle Wien, KW, the Institute for Contemporary Art in Berlin, and the Kampnagel KX in Hamburg.

Sohrens utilizes photo archives, and works with appropriated imagery in her art. 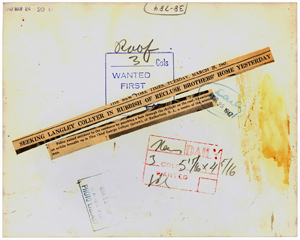 As cultural life is expressed in distributed archives, indexed by search engines, and aggregated for personal information portals, areas of practice, prior considered insignificant swamp of cultural production and exchange, have become irrepressibly significant and productive.

My work is an investigation of the political, cultural, economic and conceptual implications behind archives and cultural repositories.

CS: I’ve discovered Martha Rosler’s work during my studies in Hamburg in the 1990s. 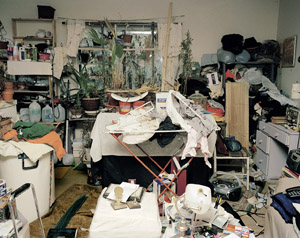 CS: The creation of work that expands the notion of the standard photo on the wall.

The power of appropriation!

The importance of a creative approach to research and cross-disciplinary collaborations.

To use memories’ slippages, its erasure and substitution as a creative force to break with historical and institutional repetition as well as cultural and social patterns.

If you had to give one piece of advice to other photographers starting out today, what would it be?

CS: Take risks and turn your empirical knowledge into concrete forms as opposed to following “schools€ that are swayed by conformity!

What would you like to see more of or different in the art/photographic field?

CS: I would like to see a new autonomous art field, split from the current market-dominated art world, which will produce and reward noncommercial values!

Martha Rosler is a multi-discipline artist and writer born in Brooklyn in 1943. She received a B.A. from Brooklyn College in 1965, and an M.F.A. from the University of California, San Diego in 1974.

While at the University of California, Rosler began working in video, and became a pioneer in combining different media, including video, performance art, photo-collage and photo-text, borrowing from representations of the culture to comment on the culture, gender, historical and political events.

In narration for a New York Times web slideshow, she commented on her photo-collages:

“I actually started as a painter, and was really interested in photography at the same time. I started looking at newspaper photos and magazine photographs, and I was thinking about how on the one page you could have a picture of some terrible atrocity of war and on the next page there would be an ad for a sofa, and I got the idea to put them together. So I was looking for a kind of presence or “presentness€ that was considered theatrical and therefore offensive to the modernist critics. But it really attracted me.€

Rosler has been included in exhibitions at London’s Institute of Contemporary Art, the Museum of Modern Art, the Dia Center for the Arts, as well as several Whitney biennials. In 2000, Rosler was the subject of a retrospective, “Martha Rosler: Positions in the Life World,€ that was exhibited at the New Museum and the International Center of Photography in New York, as well as in England, Austria, France, Spain and Holland.