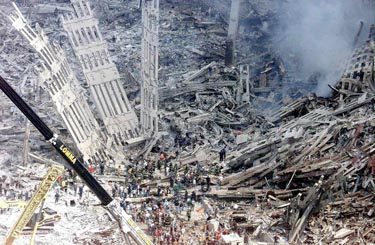 In an interview with The Digital Journalist, Fremson said: “it’s documenting history.…that’s why we do this….We don’t do this to go out and win awards.€

Fremson has gone and seen and photographed so that we can see ourselves. Without the filter of language and telling, by showing, she has put a human face on conflict and history. 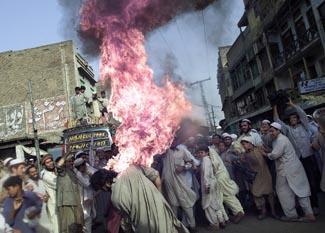 RF: I can’t single out one female photographer who influenced me. So many have had a part in shaping me as a photojournalist. I entered the photojournalism world as an intern at The Washington Times in 1988. At the time, there were many talented, successful female photographers working in Washington, D.C. who embraced me and made me a part of their community. I was in awe of the intimidating elegance of Time Magazine’s Diana Walker, the humanity captured by The Washington Post’s Carol Guzy and Dayna Smith, the steadfastness of Time Magazine’s Cynthia Johnson, the grace of The Washington Post’s Susan Biddle, the tenaciousness of AP’s Marcy Nighswander, the professionalism of White House photographer, Barbara Kinney, the gregariousness of White House photographer, Sharon Farmer, the beauty of National Geographic’s Annie Griffiths Belt’s images. They all had a part in shaping me as a photojournalist, as did other photographers who I never met: Mary Ellen Mark, whose early work in India to the present continues to inspire me for its unique vision, Cindy Sherman who put the exclamation point on being female, Margaret Bourke-White who covered an astonishing range during her career, April Saul who taught me “don’t look at the sunset, look at the reflection,” and Anja Neidringhaus, an AP photographer currently based in Europe, who, despite not being as common a name as she should be, continues to rival anyone for guts, bravery and bringing the difficult and dangerous stories like the Libya uprising and the war in Afghanistan, home. I also need to mention Vicki Goldberg’s amazing writing about photography, which enhances my understanding of our medium and its contributors.

Many people take owning a camera for granted. They have them on their phones; they can take pictures anywhere, anytime. How, in areas of the world where cameras are not commonplace and women are not typically empowered, do cameras and photography help them understand and interact with the world on a personal and political level? 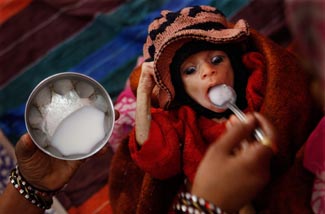 RF: In areas where cameras are not commonplace (an increasingly shrinking place) cameras and photography have the secondary effect of bringing services and aid. I think of nomadic women I photographed women in a feeding center in rural, central, remote India. These women are illiterate and their children chronically malnourished. The same goes for women in rural Chad, where I photographed women in a birthing center. In both of these areas women do not have access to cameras or photography. Rather, their lives consist of literally making it to the next day. When photography comes to them, because a journalist is interested in their lives, their plight is illuminated when that work is seen by a larger audience. When that increased awareness and modicum of understanding is achieved, assistance and resources may follow.

Unfortunately, the opposite can happen as well. In Haiti, which I traveled to periodically from 1994 until most recently in 2010, people have become cynical about photography. Many will demand money in exchange for being photographed. The gentler ones will harshly tell you that journalists have been photographing them for decades and yet nothing has changed their poverty or the corruption in their country. 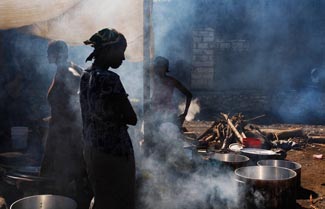 RF: I believe it was Dorothea Lange who said “a photographer is someone who teaches people how to see without a camera.€ Photography, by preserving a random pixel of life, keeps moments, people, and history present, alive and relevant. We are the sum of our experiences so, while I may not think about every person or event I have photographed, I always carry a little bit of each with me. All of it adds up to a deeper understanding of human nature and the world we reside in. It is who I am. 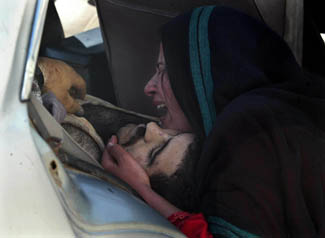 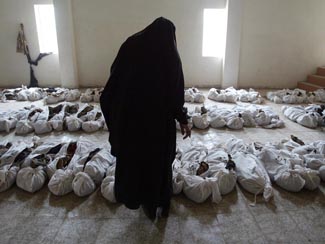 An Iraqi woman searches through dug up remains from a mass grave to find a lost relative in Iraq, 2003 ©Ruth Fremson/The New York Times

Editor’s Note: I’ve been busy putting this blog series together, so when I asked the question “How do pictures change us?” it was just a question. Then I saw these pictures and knew the answer was in them; no words were necessary. Photographs do have the power to change hearts and minds. These changed mine.