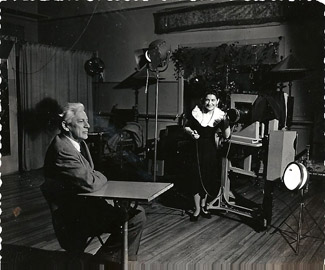 Editta Sherman is a legendary portrait photographer who has captured many famous figures of the stage, screen and world. For years she worked in a studio in Carnegie Hall, where she also socialized with the likes of Andy Warhol and Bill Cunningham, and lived a joyous, buoyant vie bohÃ¨me. The artist residents were evicted from Carnegie Hall in 2010, but Sherman’s spirit remains undiminished. She will be a hundred years young in July and is still going strong.

ES: When I began, it was a time when most women were not interested in photography as a career. They may have had a small camera as a hobby, and I do remember a woman photographer who photographed Abe Lincoln and other well-known people, though I can’t remember her name. I saw a book she did around 1885, and was inspired by the way she did portraits.

For the most part, my work grew from my early experience as an “intern” assisting my father in and around his New Jersey studio during the Depression. He mentored me in all the technical aspects of portrait photography as we struggled to create income from a bootstrap business. 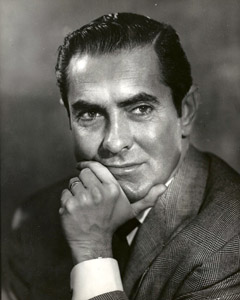 My life as a professional photographer emerged from necessity a second time. My husband, a gifted audio engineer and inventor, was in failing health with gradual blindness and frequent hospitalizations from kidney failure. So we decided to turn my childhood photographic ability into a business. Our venture began with a successful summer taking pictures of celebrity subjects in Edgartown, Massachusetts, just after World War II. In 1946, we moved to New York City with our five children to establish Sherman Studios on East 57th Street. My husband was my business manager and able photographic assistant until his death in the early 1950′s. My photographic productivity was at its height in the period from 1946 to 1960, though I continue to shoot as I approach my 100th birthday in July, 2012.

Some of my exhibitions include one in 1967 at Grand Central Station sponsored by Eastman Kodak and commissioned by Leopold Mannes, the co-inventor of Ektachrome (color processing). I also had a show in the Waldorf Astoria in the 1950′s, and the Hilton Hotel in the 1970′s.

Who taught you how to see things?€¨

ES: My father taught me about lighting, that you don’t need many lights, but my photographic eye and ability to catch my subject is something that I had naturally. From the first, I was able to warm my sometimes very self-conscious, rushed subject to the large camera with its huge lens, and get them to relax as I squeezed the shutter, catching that certain something that made them look special. 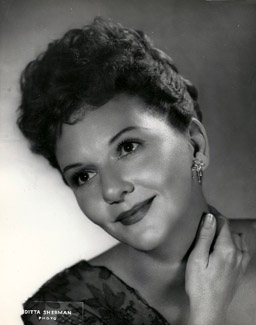 You’ve lived a long, colorful, and fascinating life. What is your secret?€¨

ES: I have always been passionate about my photography: developing the pictures, creating and seeing the subject come to life on the paper in the darkroom. I was always interested in meeting new stars, photographing them, and seeing the movies they starred in. I also enjoy being interviewed and talking and sharing my work with others.

My secret to a long life has been to eat real food and exercise, keep a positive outlook and be open for adventure. Also having a vivid imagination and looking for fun things to do helps. Add a thirst for celebrity-to be one and to be among them-which has given me satisfaction and impetus. And of course, being blessed with five children, eleven grandchildren and seventeen great grandchildren is the cherry on top.

What advice would you give to photographers today?€¨

ES:Work hard, find your bliss, realize that the thing that frustrates you is also the thing that also gives you pleasure. Look to others-photographers and friends-but develop your own style, and have fun. It’s a hard road, but if you love it and stick to it long enough, you will be successful. Follow your dreams, persevere, and never give up! Remember it is not the camera, but the person behind the camera that makes the difference! 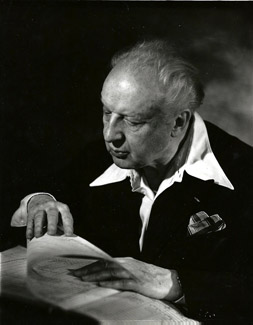 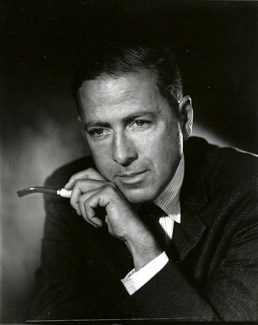