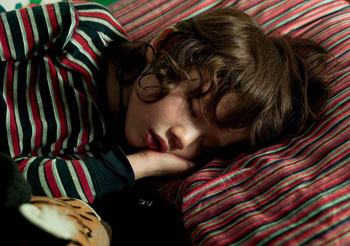 Juliana Sohn is a professional and fine art photographer based in New York. Her photographs have been published in Time, New York Magazine, Martha Stewart Living, and Real Simple Magazine. She is the mother of two boys who appear in her photographs.

Which woman photographer inspired most?

I learned about Sally Mann during a mandatory photo history class in art school.  Her book At Twelve was mentioned one day in class, and I remember going to the school library to look it up, sitting in the stalls mesmerized and engrossed by the work. The images were evocative, strong and beautiful. They were full of content and said all sorts of things.

There was an overwhelmingly popular belief in my photo classes that what was important in a photo was content, that content trumped craft and form. I was a strong believer that a photo could and should possess both content and form. I believed that an image should be beautiful or engaging enough to look at, otherwise you couldn’t hold the viewers interest long enough for them to want to learn about the content. 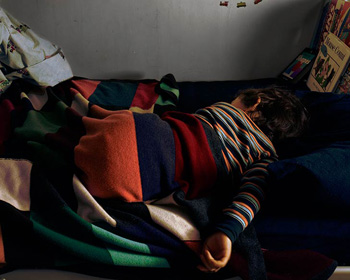 Mann’s work showcased both. While At Twelve was my first exposure to Sally Mann’s work, the body of work I most admire of hers is Immediate Family, which I strongly believe is one of the most important series of work produced by an artist. It’s hard to describe the force these images have. They lure you in with their lush beauty and tantalizing sexuality.  The complexity of the relationships, the stories these photos tell about family, life, youth, and co-dependency is remarkable. That she is not just documenting her family, but has a seamless hand in directing and guiding the images make the photos incredibly complicated for me. The way I like to work best-long term projects where you get to know the person and/or develop the idea-is very similar to the way Mann probably works. I start my projects with the intention of discovering something, not to tell a specific tale of something I already know. 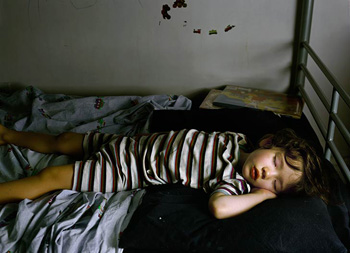 My senior thesis in college consisted of heavily scripted imagery and I was always searching for people to be in my photos. One of the girls in At Twelve had an older sister who was also a student at my school and a good friend of a friend. Both sisters appeared in At Twelve, the younger sister more prominently. They were lovely, perfect for some of my scripts. I was fortuitous enough to have both ladies pose for me for my thesis project. Of course I was thrilled to have that small connection to Sally Mann in my work.

A couple of years after I graduated from school I received a phone call from Anna Gaskell, an acquaintance I had taken photo classes with while we were both studying abroad our junior year. She had assisted Sally Mann, and was reaching out to see if I might be interested in replacing her. At the time, I was working as an assistant to New York fashion photographers, and could not see how to transition to living with the Mann family in rural Virginia. As much as I longed for that once in a lifetime experience, I knew that the job would entail 100% commitment and support of someone else’s life. I was not willing to give up my newly found freedom from parents and school, and I did not follow up on this inquiry.

I looked through Immediate Family for the first time in over a decade, and am still awed by the power of these images. I look forward to spending some time with them again, this time seeing the pictures from a mother’s viewpoint. It is with a bit of chagrin that I am reminded that Sally Mann’s son is named Emmett, as is my five year old son, same spelling and all. 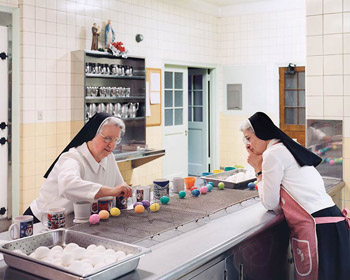 Your images seem very intimate. Does your personal life and gender affect the pictures you take?

I am a petite, small-framed woman. Perhaps this helps in getting people to trust me; I’m not threatening. I think I am good at getting people to relax because I am honestly interested in who they are and listen earnestly to their responses. I think my strength is in seeing uniqueness in others that they discount or don’t notice. I am good at asking many, many questions to get to the answers that I find useful and revealing for the portrait, not just settling for the information they want to immediately tell me.

Keep your clothes on. You have so much more to offer than nude photos of yourself.

Sally Mann was born in 1951 in Lexington, Virginia, and began photography at The Putney School in Vermont. After earning an B.A. and an M.A. from Hollins College, she embarked on a landmark photographic career. Her third book, Immediate Family, published in 1992, created controversy for its intimate, somber view of her young children, who were often featured in the nude.

Using large format cameras and historic processes, Mann has created many exquisite and personal bodies of work featuring her own family and the landscape of the American South. She is Guggenheim fellow and three-time recipient of the National Endowment for the Arts fellowship. Her photographs are in many private and public collections, including the Metropolitan Museum of Art, the Museum of Modern Art, and the Whitney Museum of American Art. She is represented by Gagosian Gallery in New York.