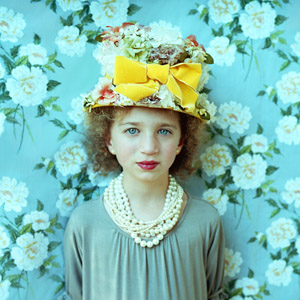 Aline Smithson worked as a New York fashion editor with many photography greats before stepping behind the lens herself. Her work has been featured in many publications including the PDN Photo Annual, Communication Arts Photo Annual, Eyemazing, Artworks, Lenswork Extended, Shots, Pozytyw, and Silvershotz magazines. Exhibitions include solo shows at the Griffin Museum of Photography, the Fort Collins Museum of Contemporary Art, The Tagomago Gallery in Barcelona, and Wallspace Gallery in Seattle. She writes and edits the blog, Lenscratch, and is a contributing writer for Diffusion, Too Much Chocolate, Lucida, and F Stop Magazines. Nominated for The Excellence in Photographic Teaching Award in 2008, 2009, and 2010 and for The Santa Fe Prize in Photography in 2009, she considers her children her greatest achievement. 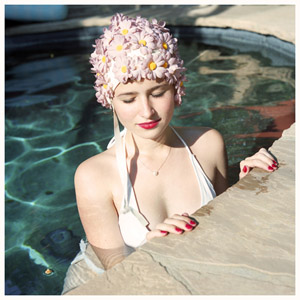 AS: It would be very difficult to select just one-Sally Mann gave me permission to photograph my children, Cindy Sherman inspired me to work conceptually, Diane Arbus showed me a way of working that resonated with my sensibility, and Brigette Lacombe taught me to look for authenticity in my work. Each of these photographers had very definite points of view and unique ways of working and each inspired me.

AS: I first discovered Brigette Lacombe‘s work when I was a fashion editor in New York. At that time, I was looking at tons of fashion photography and worked with lots of terrific fashion photographers, but somehow Brigette‘s photographs always stood apart. Her images were not of glammed-up fashion models, but of women who just happened to be wearing something fashionable. She always found the person she was photographing, whether it was a model, celebrity, or man on the street. To this day, I have thought if I could have one person take my portrait, it would be Brigette. There is something about her imagery that is real, stripped down, and soulful. For me, her work stands out for its combination of simplicity and power. 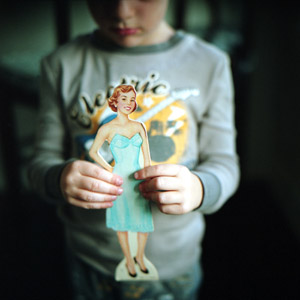 When I became a photographer myself, I looked for that same authenticity in my own work. Brigette has set the bar high, and her work represents qualities that I hope my photographs, especially my portraits, can reflect. For me, her work stands out for their combination of simplicity and power.

Can you talk about the tough choices women have to make about their personal and professional lives?

AS: What I have learned is that we can’t have it all…at least not at the same time. The constraints of family and work have forced me to use my time more efficiently and creatively. It gives me more time to think about what I want to say or create, and when time allows, the result is very direct and focused. I consider it a privilege to be a photographer, to have a visual language to share my thoughts and ideas.

How have events in your personal life affected your art? 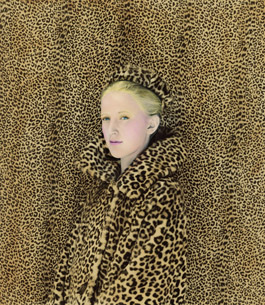 AS: Raising a family and experiencing firsthand the deaths of my parents and best friend have given me a greater sensitivity to what I want to say as an artist and how I want to engage in my community. I know how precious life is and I want to celebrate life and make photographs that are irreverent, real, and poignant. And I understand how important it is to support and give back to a community that has been so good to me.

Any advice for women photographers today?

AS: Tell your stories-create imagery that reflects your world and life, whether it be domestic or far flung. Celebrate a woman’s perspective and power. Be genuine, gracious, and thank everyone who pushes you a little farther up the ladder. Shoot what you know.

Brigitte Lacombe is a French photographer living in New York. She is known for her portraiture and photography of film and stage sets, including Fellini’s Casanova, All the President’s Men, Close Encounters of the Third Kind, and Glengarry Glen Ross.

Her work has been featured in many publications including Vanity Fair, The New Yorker, The New York Times Magazine, TIME, GQ, and CondÃ© Nast Traveler, as well as two monographs. She won the Eisenstaedt Award for Travel Photography in 2000, and in 2010, the Art Director’s Club Hall of Fame Lifetime Achievement Award for Photography.