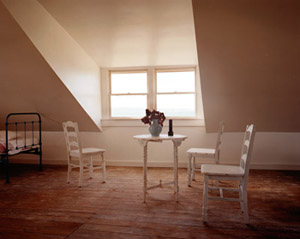 Rachel Barrett received a BFA in Photography & Imaging from NYU’s Tisch School of the Arts, and an MFA in Photography, Video & Related Media from the School of Visual Arts. She has won numerous awards, including 1st Place in the Camera Club of New York’s 2010 International Juried Competition, Juror’s Pick in the 2010 Center for Documentary Studies Awards, and Honorable Mention and Official Selection at the PX3 Prix de la Photographie Paris 2011.

Barrett is an adjunct professor of photography at Kingsborough Community College, and her clients include The New York Times, Tablet Magazine, Bloomberg Businessweek, Ralph Lauren and Kmart. She is a studio artist at The Invisible Dog Art Center in Brooklyn NY. 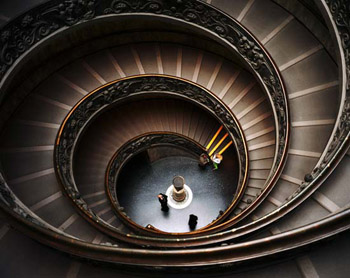 RB: In 2004, I spent nine months working for the fine artist Vera Lutter. My time with her was some of the most fundamental in my development as a photographer and working artist. Both her life and her work have been inspiring and influential. What I gained in her studio by watching, listening and assisting her could not be learned in school. I experienced first-hand the reality of and what it means to live every day dedicated to your art practice and that you have to do just that-practice. I learned you can have huge ideas both literally and figuratively and can face physical, emotional and professional challenges and that you can succeed not in spite of them, but because of them. Through it all you have to first believe in yourself and ideas, continuously apply yourself to them an ultimately see them through to fruition. 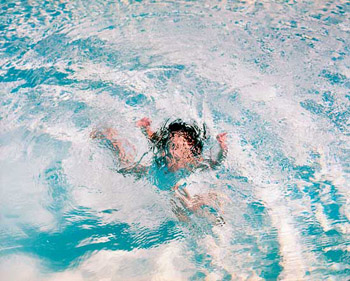 RB: I graduated from NYU with my BFA in Photography in 2003. I was intimidated by the the amount of work, ambition and hustle it would take to make it in the professional photography world, whether with a focus in fine art, editorial or commercial. I quite frankly was not at a place where I had it in me to pursue that life (which I am proud to say is the life I live now). So I shifted my focus and efforts to working for someone else, as I was qualified to do so and eager to learn from them. I began assisting Vera in her studios on west 39th street in early 2004, after applying for a job I found on Craigslist. At the time I had not heard of her, and did not at all know who she was. Nor was I at all familiar with her work- monumental silver gelatin photographs of cityscapes and architecture, created inside large camera obscuras which she built in specific locations around the world.

I was immediately in awe of what I saw. The process of working in these room-sized cameras, one of which she had installed in her studios shortly after I arrived and was re-photographing (over a period of many weeks) a series of earlier work of hers using mirrors and reflective pools. Her darkroom and development process was like no other I had witnessed, handling rolls of paper 8′ wide and twice as long. I was deeply impressed with her both as an artist and a business woman. She was in post-production on one project and about to begin another. Her working methods required extensive planning, attention to detail, research, patience, time, money, dedication and, of course, vision. Vera was at a significant point in her career, a few years after receiving a Guggenheim and was showing her work around the world at biennials and galleries, and so was not only making new work, but frequently crating and shipping recent work. She had her studios set up as both a site of artistic creation and her office to handle all aspects of running her business. 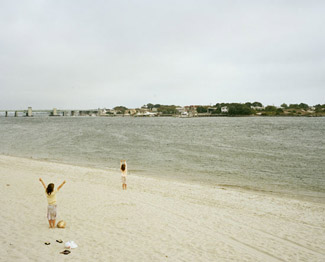 I remember one day during lunch after I had been with her for a few months and she asked me about my own work. At this time I had practically all but given up image making, aside from the occasional Polaroids. She asked me, though it was not really a question, was I not disciplined to work on my photography each and every day. That question stayed with me. Though it did not take hold in the next six months of my time working for her, or over the next year after I had moved on and was working in film production. It was in late 2005 when I got to a place in my life and came to the realization that I did want to dedicate my life to my own art practice. I did want to be disciplined. I did want to follow in her footsteps, she being one of many women photographers whose life and work have been a serious influence on me (Dorothea Lange, Sally Mann, Diane Arbus and Zoe Leonard included).

I felt inspired and empowered to do so because of the example that Vera had set forth for me, and I knew it could become a reality if I had the discipline and drive to make it one.

Many women who sought jobs in photography in the 60′s and 70′s faced discrimination. Have you ever encountered this? 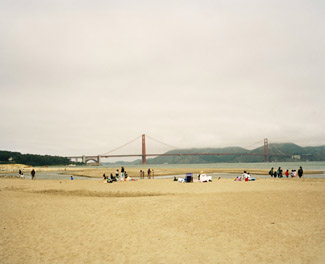 RB: I have encountered varying degrees of harassment-being talked down to and given nicknames like Barbie and Blondie. I do not know if I have lost out on opportunities because of my gender or outright been discriminated against. I think over time, even in my dozen years in New York City, I feel less and less this is a “boys club,” in both the fine art and commercial contexts.

It is interesting to consider that idea of a boys club. Just last week I was on a commercial shoot and my whole crew was female. During lunch, one of the clients told me she thought it was wonderful I was working with all women. It was not a conscious decision to do so, but I am proud of it. I do believe that we have a responsibility to help other younger women, to give them the opportunities to learn and grow and ultimately succeed.

Many of your wonderful pictures are taken in lowly, often lonely places. Can you comment on this?

RB: No one has used the word lonely before to describe my work but I think it’s appropriate. My work is personal and I view all my photographs as an extension of my internal state of being. That is precisely what my series “Daydreams” is about, the visual manifestation of a psychological space. I would say that I am in many ways a lonely person, and photography has been different things over the last twenty years: a means of escape, as well as a method with which to engage and connect with my surroundings and others. In terms of specific subject matter, I am drawn to empty places, intrigued by the presence of absence and the notions that come with it of what might have been or what could be. I know that I have people at a distance emotionally and that can be seen most notably in “Along the Way.” There has been a shift in recent years, through the process of creating “Bolinas” when I started to explore collective behavior among my peers, studying my subjects’ deep connectivity to one another. I learned from them and began to get closer, and that work I believe is my most intimate to date.

Any advice to other women photographers? 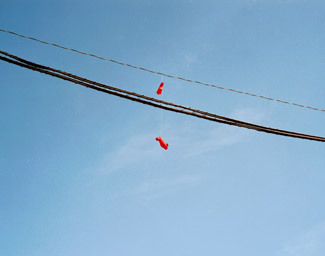 RB: Embrace who you are and dig deep to have faith in yourself as an artist and a professional woman. This career is not an easy one to navigate and there is constant rejection. For every ten “No’s” maybe you will get one “Yes.” And for every ten “Yeses,” maybe one of those will pan out. But that one will become ten over time. So put yourself out there and create the opportunities you want, then take advantage of them. Be strong, and learn to accept that things will ebb and flow. You will feel inspired and you will feel blocked. You will feel determined and you will feel defeated. But never give up. Be focused and patient because truly life is long, and because ultimately no matter what direction your art and career may be going, you will always be a photographer.

Vera Lutter was born in 1960 in Kaiserslautern, Germany, and studied at the Munich Art Academy and the School of Visual Arts in New York. Her work has been exhibited in major exhibitions worldwide, including the Kunsthalle, Basel, the Centre Pompidou, the Dia Center for the Arts, the Museum of Modern Art, and the Whitney Museum.

Lutter is known for her large scale, B&W, camera obscura images of the light and landscape of the city. No lens is used, and the negative that results from the camera obscura technique is not reversed, rendering a monumental and very direct image.

Lutter received the Pollock-Krasner Foundation Grant in 2002, a John Simon Guggenheim Memorial Foundation Fellowship in 2001, and the Deutscher Akademischer Austausch Dienst Grant in 1993. She is represented by the Gagosian Gallery, Galerie Max Hetzler, and Galerie Xippas.