Judi Bommarito is an adjunct faculty member at the College for Creative Studies in Detroit. She is the recipient of numerous awards, including the Grand Prize and Juror Selection in PWP’s 36th Anniversary International Open Call, Best of Show at the St. Lawrence Gallery, Third Place at Paint Creek Center for the Arts’ Annual Celebrate Michigan Artists Exhibit, and First Place in the Scarab Club’s Annual Michigan Photography Exhibition. She recently worked on the photography and design for the music CD Open Domain, and her photo emulsion collage was included in Kathleen Thormod Carr’s book Photo Manipulations.

JB: Mary Ellen Mark’s work has had the biggest impact on me at this point in my life, especially the way she is able to capture the personal and revealing exchange  between the subject and herself. Then she is able to transfer that exchange to the viewer, and presents us with a multitude of universal human emotions: be it humor, uncertainty, anger or pride, we all connect to the emotion portrayed.  Her unfailing ability to capture this range of feeling is not something everyone is successful in achieving.

Her work also consistently invites the viewer into the space. We never feel as though we are imposing.  I think that is a very important dynamic, as it contrasts the sensitive subject matter of her work.

When I began photographing my mother for the series, The Journey into the Darkness-My Mother’s Life with Schizophrenia, I struggled with the concept of misrepresentation and exploitation of her life. Then I discovered her letters-the words she cannot speak. I knew at that moment when viewed together, the work would honor my mother’s life, giving her tormented existence validity. At that point, I went to Mary Ellen Mark’s Ward 81 series. There I found a great sense of comfort knowing she experienced that same darkness, yet also discovered quiet beauty within each woman, just as I do with my mother. It was that knowing that inspired me to submit images to the PWP Open Call, in which Mary Ellen Mark was the juror. Her recognition of my work with grand prize and juror’s selection awards has affirmed my work on a meaningful level for me.

JB: I had known of Mary Ellen Mark and her work for some time. Upon visiting New York in May, 2001, I went to see American Odyssey at ICP. At the time, I was familiar with her series The Damm Family, particularly the image The Damm Family in Their Car. I was interested in seeing more from this series, and when I saw the image of Crissy, Dean and Linda Damm, I was deeply moved. The three are lying in bed, tightly nestled together. On the left side of the bed is an old tattered nightstand with drug paraphernalia, a plastic Virgin Mary, and a bottle of soda. The parents appear to be sleeping, but Crissy is awake, both hands clutching her Dad’s arm. Her eyes are open and stare blankly into space. Every single time I look at that gaze, I am overcome with emotion. Being a mother of three, I wish for my children the things we assume all mothers want for their kids-innocence and happiness. Crissy’s eyes depict the opposite. She is deprived of this innate right of childhood. This image sears through my soul.

Many women who sought jobs in photography in the 60′s and 70′s faced discrimination. Have you ever encountered this?

JB: I believe that discrimination towards women still exists, but rather than feeling victimized by it, I prefer to use it as a motivator for empowerment. A large portion of my work confronts issues as they relate to “Mother€ from both roles: being one and having one. I do not view the work as gender based.  I prefer to compare feminine (natural and sensitive) and masculine (strong and assertive) as traits every human should possess to truly have balance.  Sometimes this interpretation gets misunderstood.

The universal longing we all search for is acceptance. Unfortunately, this isn’t always found in our environment. This displacement may lead to feelings of inferiority, which are merely subconscious projections from the offender, as they are often manifestations of their own inadequacies. This behavior should not be tolerated. Be pro-active, find the right audience-it does exist. Often times when in a discriminating situation, a favorite quote comes to mind, “Ego and awareness cannot co-exist.€  This immediately makes the negative experience seem small and meaningless, very empowering! 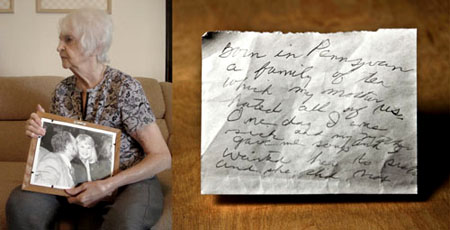 Any advice to other women photographers?

JB: Be adaptable. Things always change-let them. Life is like that. When work originates from the heart, it will find it’s place. To quote Harriet Beecher Stowe, “Never give up, for that is just the place and time that the tide will turn.€

Mary Ellen Mark is a landmark documentary photographer. She was born in 1940 in Philadelphia, and earned a B.A. from the University of Pennsylvania and an M.A. from the Annenberg School of Communication. After traveling to Turkey on a Fulbright Scholarship, she opened a studio in New York City.

Her first groundbreaking project was a photo essay on London heroin addicts that appeared in Look Magazine. Other magazine assignments followed, as well as work on the sets of films like Alice’s Restaurant, Carnal Knowledge, Apocalypse Now, and One Flew Over the Cuckoo’s Nest. Mark lived and photographed inside the facility where the latter film was shot; the resulting book and exhibition, Ward 81, furthered her reputation as the great documenter of the dispossessed.

Mark has an enduring fascination for India, and has returned to photograph its various cultures including prostitutes in Mumbai (resulting in the book Falkland Road), the humanitarian work of Mother Teresa, and Indian circuses.

Mark has published seventeen books, and her work has been featured in major museums and publications around the world. Her numerous awards include the Cornell Capa Award from the International Center of Photography, the Infinity Award for Journalism, an Erna & Victor Hasselblad Foundation Grant, and a Guggenheim Fellowship.