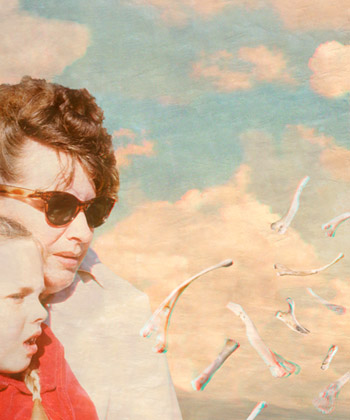 Claudia Kunin graduated from the University of Oregon in 1976 with a B.S. in Psychology, and worked for many years as a commercial photographer. But entering her fifties and faced with a life-threatening illness, she decided she wanted to succeed as a fine artist. Using old family photographs and daguerrotypes, she began to craft a dream-like, intensely personal body of work.

Using Photoshop, Kunin offsets various color elements within each image. These are later recombined in the mind of the viewer when the work is seen through 3D glasses. The experience is extraordinary, like a peek into dark, secret and mysterious world.

Kunin’s work is in the Getty Research Institute, the Smithsonian, the Museum of Photographic Arts, and has recently been featured in Sunstruck at the Wall Space Gallery in Santa Barara, and  Digital Darkroom at the Annenberg Space for Photography (through May 28th). 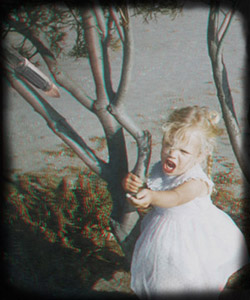 CK: Imogen Cunningham. She put her photography work first, breaking new ground, and being one of the first women to make her living doing photography. I feel a strong kindred spirit in Imogen, who continued to make photographs until shortly before her death at age 93. In a 30 minute documentary made by her granddaughter, the camera focuses on masterpiece after masterpiece of Imogen’s photography. At the end of this stunning display, her granddaughter inquires what there is still left for her to do. Her simple reply:  ”I hope one day to make a fine photograph.”

The burning desire to make that elusive, perfect image is absolutely inspiring to me. No matter what we accomplish, it is always that hunger for what we can still do, that we haven’t done yet, that propels us even if we are lucky enough to live into our nineties.

Like many career women, you’ve had life interruptions. Can you talk about how these affected your work? 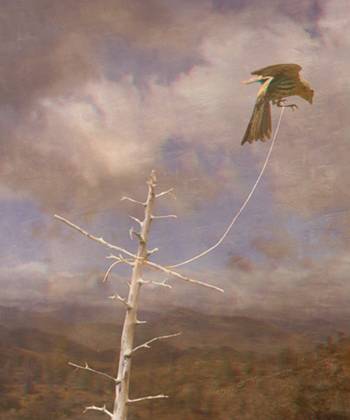 CK: Life takes many turns, and we can not always be working creatively and turning out new images consistently. If we’re lucky, when we have the time to turn to our work again, it will be waiting for us. The longer the break, the more likely the work will have changed when you do come back to it. Everything that we do affects who we are and what we bring to our work.  A pause will give the opportunity to reflect on where we’ve come from. That in turn informs what we do next, and gives us a sense of where we are going. Sometimes when we walk, we just look down at the ground right in front of our feet. Other times we can look forward, discerning the path we are on.

What advice would you give to women photographers about the challenges they face as women and artists?

CK: Anything worthwhile is a struggle.  To do anything well takes a tremendous amount of stick-to-it-ive-ness.  I don’t think it is necessarily important what sex we are.  All artists face challenges.  It is a slog through the mud with an occasional clear-eyed view. My advice would be to not let hard times discourage you.  When things are rough or scary, that is when you know you are on the brink of greatness…DON’T STOP NOW!

Imogen Cunningham was born in Portland, Oregon in 1883. She studied chemistry at the University of Washington and bought her first camera, a 4×5 view, in her junior year.  In 1909, she won a $500 fellowship to study photo chemistry at the Technische Hochschule in Germany, and returning met many Pictorialist luminaries like Alfred Steiglitz, Alvin Langdon Coburn and Gertrude Kasebier, whose work she especially admired. 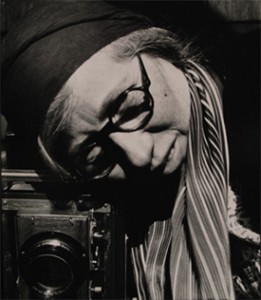 In 1910, Cunningham opened a portrait studio in Seattle, and devoted the rest of her life to the medium. Later a member of the influential F64 Group that espoused “straight” photography, Cunningham remained open-minded when it came to the creative process, experimenting with double exposures, combining negatives together, solarization, and cropping to improve an image. Starting her career in the era of view cameras, she began using 2 1/4 format in the 1930s for greater flexibility.

She was married to Roi Partridge for many years, and raised three children. Like many women, she struggled to balance her personal and professional lives. When her husband objected to her traveling alone to New York to work for Vanity Fair, she went ahead with her plans.  In a letter to him she wrote:

“Try not to forget that I have always really done the essentials, have always been at home after school, when the children came…that I had always the hope that in place of going down the scale of worthwhileness in achievement as most hausfraus do that I was going up….I really thought I had the right of an adult to undertake an obligation.”

They were divorced; she went on, as she said, “just a working woman.”

Cunningham took stunning pictures up until her death in 1976 at age 93, including a series called After Ninety that she worked on when she herself was over ninety. During her long and fruitful career, she embraced many styles and technologies of photography, and lived a rich personal life. Today her legacy is carried on by another talented woman: her grandaughter, Meg Partridge. Partridge manages the Imogen Cunningham Trust, and her 1988 film, Portrait of Imogen, built around audio tapes of the photographer, was nominated for an Academy Award.