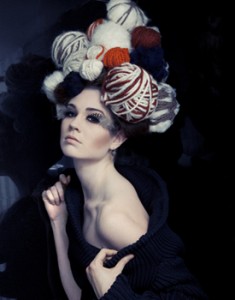 Shana Schnur is a young freelance fashion photographer based in New York. She studied at the School of Visual Arts where she learned to blend classic photographic techniques with a playful modern approach.

She sees female beauty as a “wonderful and powerful thing,” and tries to bring out the individual qualities of each model she works with. Looking at her pictures, you get a sense of collaboration, elegance, and joy. Her images are entirely her own and could have been made at no other time, yet are influenced by the work of past greats.

Which woman photographer influenced you most?

SS: Louise Dahl-Wolfe. I learned about her in a History of Photography class when each of us had to do a presentation on who they were inspired by or wanted to learn about. Someone else chose her, and brought in a book of her photos (not just the required one or two images!).  I had never heard of her before, but as I flipped through the pages, I knew I needed to see more of her work. So I wrote her name down and looked her up later. 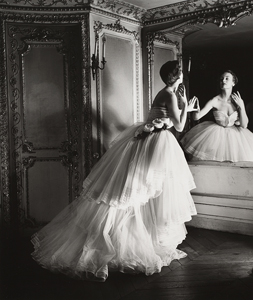 Why did she appeal to you?

SS: The way she uses geometry and textures in her backgrounds. This runs from subdued to wild, and it’s a very striking effect when combined with the elegant way she portrays her models.

To do this kind of thing well is actually very difficult, because it’s easy to end up with a garish, over-the-top mess instead of a clean, refined, pleasing, well put-together look. So in my own work, I’ve experimented with this kind of thing, but I’ve also made it a point to do it well or not at all, which is another important thing I learned from her.

Your work shows and uses female beauty to sell a product, yet seems respectful.  Is this a conscious choice?

SS: Definitely. Female beauty is a wonderful and  powerful thing and there’s no reason not to want to incorporate it. But there is a line, and beyond it, an image isn’t about  beauty, just raunch or sex appeal. Making images like that makes my contribution as an artist less relevant-it’s just selling the girl, selling sex, and all I have to  do is hold the camera; my vision becomes secondary. It’s also not very interesting on an artistic level! 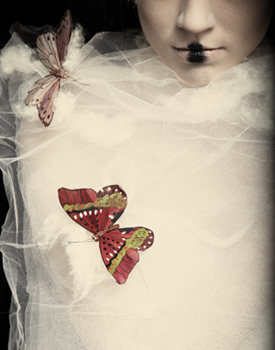 Rebirth of the Moth ©Shana Schnur

One of the things that is really bad is not just images of oversexed, unrealistically beautiful women, but images that specifically show off the  youthfulness of the model in a sexual context. The models are adults, but a ton of models are 18 or 19 and hardly  look it. And it doesn’t matter how old the models really are, because  images like that give women and society a really messed-up idea of what beauty is-underaged, oversexed, flawless. There’s no problem with using young looking models, especially in pure fashion, but they  don’t belong in certain sexual kinds of advertising and imagery, in my  very strong opinion.

There’s also a difference between work that is all sex appeal and no substance, and images that use sex, but go beyond it. Some of the Calvin Klein ads are good examples of sexy images that are good despite it. The situations are obviously sexual, but  they’re well-choreographed, the composition is good, the concepts are  strong. They’re not about the model merely showing off her body to get men excited. They use sex, but they’re not smut.

Do you feel there is a difference between men and women who shoot  fashion and beauty?

How do you feel about “Photoshopping?€ Where do you draw the line? 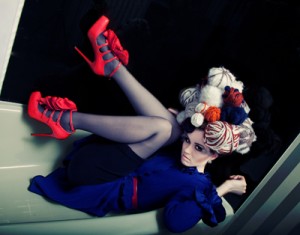 SS: I retouch facial imperfections, but makeup is supposed to do the same thing, and no one gets worked up. I personally prefer never to do anything too drastic. If I choose a model, it’s because she has a look that I like, which fits the concept of the shoot, so why would I do anything like rearranging her features? I’m not Picasso! If I wanted someone who looks different, I would have picked someone who looks different. And it’s not a good thing for the model if you give her images to put in her portfolio that have drastic retouching. I once had a go-see for a client (girls come by to audition for a job), and one of the girls they thought would be perfect turned out not to look very much like the photo we saw. Everyone was disappointed.

Changing every feature sucks a lot of the character out of the model, and my clients would never want that to represent them or their brand. And if they did, I would try to persuade them otherwise. Sometimes we’ll have one shot that’s fantastic-great pose, great expression-everything  perfect except the shirt flopped out of place, making it look like the model has a really big waistline. So a little bit of Photoshop, and her waistline (and the shirt) shrinks  back to where it would have been if there hadn’t been a wardrobe  malfunction.

Louise Dahl-Wolfe was born in in San Francisco in 1895. She studied at the California School of Fine Arts and Columbia University. In 1923, she married Meyer Wolfe, a sculptor who created backgrounds for many of her images, and in 1933 opened a studio, with clients that included Bonwit Teller and Saks Fifth Avenue. From 1936 to 1958, she was a staff photographer for Harper’s Bazaar, and from 1958 to 1960 she did freelance work for Vogue and other publications. Her fashion work inspired many photograhers, including Horst, Avedon and Penn.