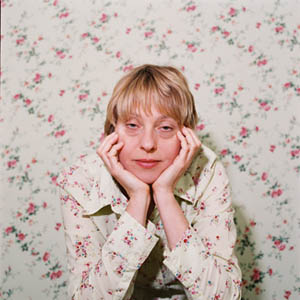 Karen Judlowe Smul graduated from the University of Pennsylvania with a degree in Electrical Engineering in 1985, and from Stanford Law School in 1988. She has studied at the International Center of Photography and served on the board of Professional Women Photographers, where she is currently co-chair of the Community Service Committee.

In her personal work, Smul is currently focusing on a series of environmental portraits called “Home Alone,€ which explores the lives of professional woman who chose to give up growing careers to raise children. As the children grow up, these women find they are still caught up in the “problem with no name€ identified by Betty Freidan in her 1963 book, The Feminine Mystique.

Smul also created her own company, 501SEE Photography, to provide images to non-profits for use in annual reports, brochures, websites, and to build up their photographic archives.

She lives in New York City with her husband and three children. 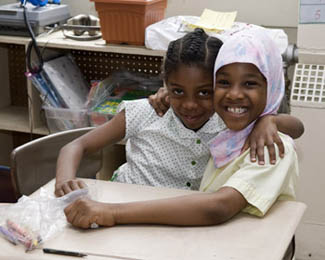 KS: There are several women photographers who have inspired me-for different reasons. I have always loved the work of Dorothea Lange and particularly her image “Migrant Mother.” The image is so powerful to me both for its visual impact of the timeless mother’s face and hand, and for its for its documentary power. It is impossible to look at this photograph and not relate to the subject.  Her despair, unfortunately, is still very real today. Other influential photographers are Nan Goldin and Tina Barney. During a photography class at ICP, I realized that I enjoyed their work, and particularly their portraits, because they opened an honest window on their worlds (even if posed shots). These photographers were documenting their own lives, families and culture. I suddenly understand that photography was much like the old maxim for writing-”shoot” what you know. 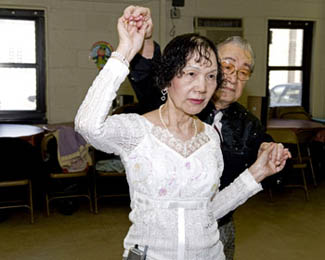 KS: I have always gravitated to portraiture. As I started to grow as a photographer, I volunteered at my children’s schools, my synagogue and other non-profits in order to improve my skills and to gain access to new faces and environments. After a year or two, I realized that this type of photography was a passion-I wanted to make my career in this field. By photographing for non-profits, I have been able to get an insider’s view of many different microcosms of New York City, and to participate in a range of successful programming for needy families and children.  It is a very meaningful field and is particularly rewarding because so many of the subjects want to be photographed. I have found that many of the people pushed to the side of our society are grateful to be recognized by the focus of a camera. One of my favorite experiences took place at a senior center which is part of University Settlement. I captivated by an elderly Asian woman in a hairnet with an unusual face. I took several photographs of her and was worried that perhaps I was bothering her. As I began to walk away, however, she gestured to me. Although she didn’t speak any English, she reached in her pocket, gave me some candies and smiled.

In another role, I taught photography to seniors at the Manhattanville Housing Project as part of a Housing Authority arts program. Again, it was a wonderful entry into a completely new and interesting community in New York. My students were great-attentive and excited. They documented their lives from their apartment windows to their churches and included wonderful images of their family members. It was a fantastic learning experience for me too.

Can you also address the resistance many photographers have about giving away pictures?

KS:I understand the resistance of photographers to volunteer their time and work without pay. If non-profits or other organizations demand only “free” photography, they do not necessarily appreciate the skills of a professional photographer or the value of great image. Still, non-profits rely on volunteers in all aspects of their programming. It is important to make the determination of whether I am volunteering or am providing professional services which should be compensated. 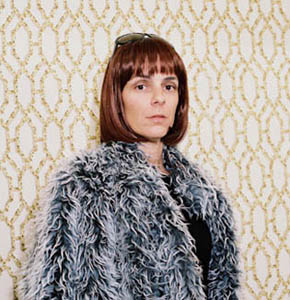 You have a body of work called “Home Alone€ about women who gave up careers to raise children. Can you talk about the tough choices women have to make between their personal and professional lives?

KS: As I wrote in my statement accompanying the series, I think women still have a long way to go in order to solve Betty Friedan’s “problem with no name.” When my second child was born, I stopped working and took only part-time or volunteer jobs for several years. As my children grew older, I started to second-guess my decision to leave behind a very hectic but rewarding legal career. I sensed that other women felt the same way. In the series, I try to capture the ambivalence I feel about leaving a full-time career for motherhood, particularly as my children grew older and needed less of my time and attention.

What are you currently working on?

KS: I am a volunteer in the college office at Murry Bergtraum, helping juniors and seniors there prepare for the college process. Most, if not all, of the students I help require a very large financial aid package in order to attend any college. The students work incredibly hard to apply for scholarships, grants and other forms of financial aid. I would like to start a project photographing my students and then recording all the different sources of funding for their college educations.

Dorothea Lange was born in 1895 in Hoboken, New Jersey. When she was seven, she was stricken with polio which left her with a permanent limp; at twelve, her father abandoned the family.

Lange learned photography in a class taught by Clarence White at Columbia University, then apprenticed at several New York studios, including that of Arnold Genthe. In 1918, she moved to San Francisco, opened a studio of her own, and two years later married painter Maynard Dixon, with whom she had two sons.

When the Depression came, Lange started photographing the homeless and unemployed, and began working for the Resettlement Administration (which later became the Farm Security Administration). In 1935, she divorced Dixon and married Paul Schuster Taylor, an economics professor at the University of California. Together they began to document sharecroppers and migrant laborers, bringing their plight to national attention.

In 1941, Lange was awarded a Guggenheim Fellowship, but gave it up. In 1942, she was hired by the War Relocation Authority to photograph the relocation of Japanese Americans to internment camps. These images which were sympathetic to the displaced and showed them as loyal Americans, were impounded by the army, but are available today through the National Archives and the University of California, Berkeley.

In later years, Lange taught at the California School of the Arts and was one of the founders of Aperture Magazine. She died in 1965.