To celebrate Women’s History Month, we’re featuring items from the PWP Archives* each day on this blog. In looking back, we see not only where we started, but how far women, photography, and the world have come since 1975.

Images of anonymous women, most likely taken by men

The letters, yellowing now, came from all over: Omaha, Cincinnati, St. Louis—even a few foreign lands. Some were typed on personal letterhead, others scrawled on scraps of paper:

“…very interested in a group that helps to support and promote women in the male-dominated field.”

“Being a woman in the profession of photography has been an experience, believe me.”
“…help me, please! Hopelessly waiting.” 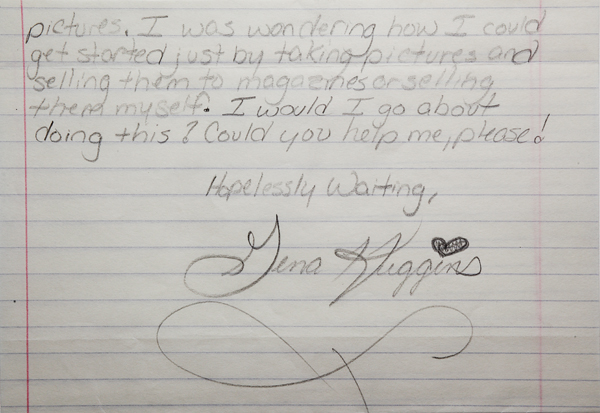 They came to Professional Women Photographers in the 1970s and 80s, a time when women were entering the field, but social and psychological barriers remained. It was PWP’s mission to address these, but its archive, recently acquired by Emory University, also tells a larger tale: of a medium and world in the grip of rapid, unrelenting technological change. 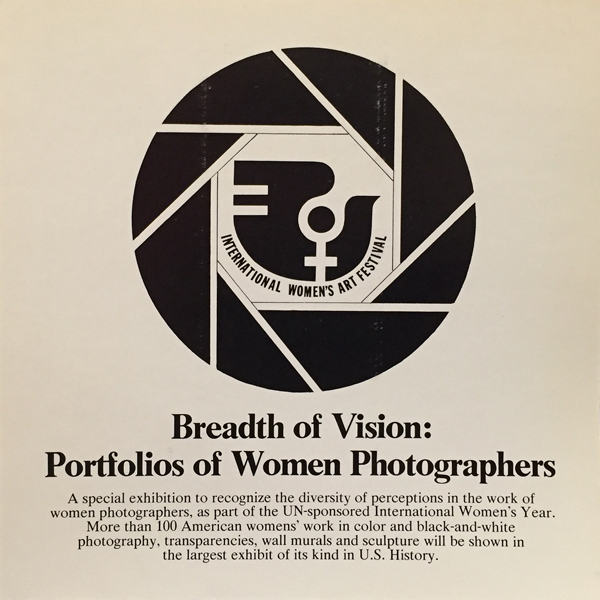 The story began in 1975, designated by the UN as International Women’s Year. As part of the celebration, an exhibit called Breadth of Vision: Portfolios of Women Photographers opened at New York’s Fashion Institute of Technology. At the time, few galleries showed photography, and few opportunities existed for women beginning to venture into the field. Angered by the lack of press, some of the show’s participants came together for a bootstrap publicity campaign—which in that day meant dialing contacts on a rotary phone and taping flyers to lampposts and trees.

Inspired by the consciousness raising groups of Women’s Lib, some of the women continued to meet. They shared job leads and tech tips, organized lectures and exhibitions of their own. In 1981, they incorporated as Professional Women Photographers, and slowly, in doing for themselves, grew strong.

They had to be, because male photographers responded to the influx of women with attitude, put-downs, and physical force. Stories have been told of pushing and shoving during shoots, lenses blocked by beefy hands, of a highly qualified woman made to sweep up in the darkroom after men. Stories that should be told because moments pass, and what is unthinkable now was commonplace then. 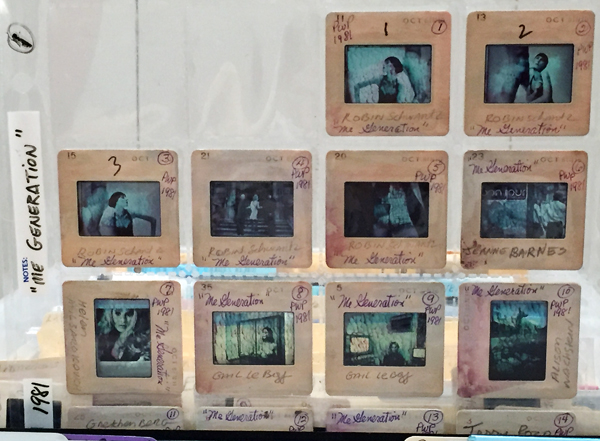 Slide entries for an early PWP show the “Me Generation”

In 1975, the field was very different. Images were captured on film and largely black-and-white. There were no personal computers or cell phones, and the first digital camera patched together by an engineer at Eastman Kodak wasn’t exactly wowing the higher ups. For most people, a screen was something on a window or TV, not their desktop, which was still a physical object.

But in 1975, Bill Gates and Paul Allen formed a partnership called Microsoft, and a year later, Steves Wozniak and Jobs founded Apple in a Los Altos garage. Meanwhile, at high tech universities, work continued on a government-sponsored project to link computers. By 1975, this ARPANET, precursor of the Internet, had 61 nodes and something called electronic mail. Waves of change were on the way. 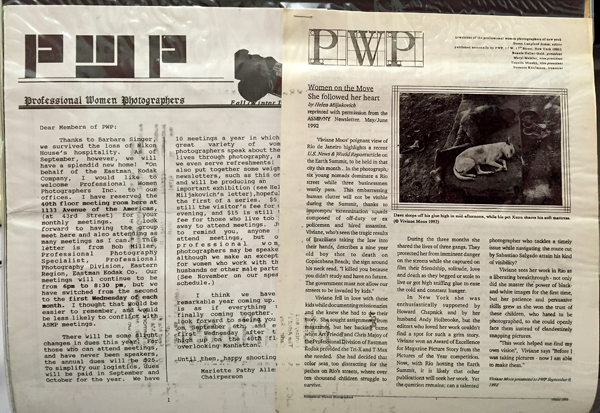 To sift through PWP documents is to see them hit, to understand instantly and visually the difference between 1975 and today. Join us throughout Women’s History Month as we post more items from our archives and reflect on the various paths of change.