In 1983, PWP participated in an Art Parade that marched along upper Fifth Avenue, Manhattan’s “Museum Mile.” Meryl Meisler, Tequila Minsky, and Mariette Pathy Allen, president of PWP from 1984 to 1992, designed and executed a shimmering banner and promotional materials. Stephanie Cohen took these iconic shots of the march. 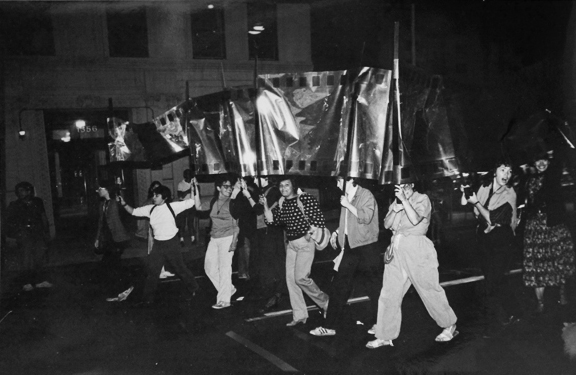 Meryl Meisler remembers: “I’d recently joined Professional Women Photographers, which remains my grownup “Girl Scout Troop” to this day. Mariette Pathy Allen didn’t have to ask me twice to help design the banners for the 5th Avenue Art Parade. Another PWP member, Teq Minsky, helped make the roll of film and we became fast friends and have remained so ever since. Patricia Jean O’Brien, Dave Channon, and Barbara Alper were among the marchers.” 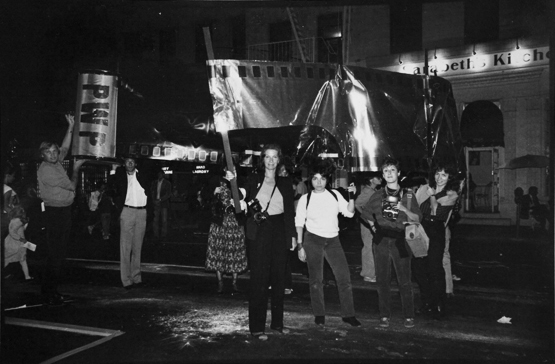 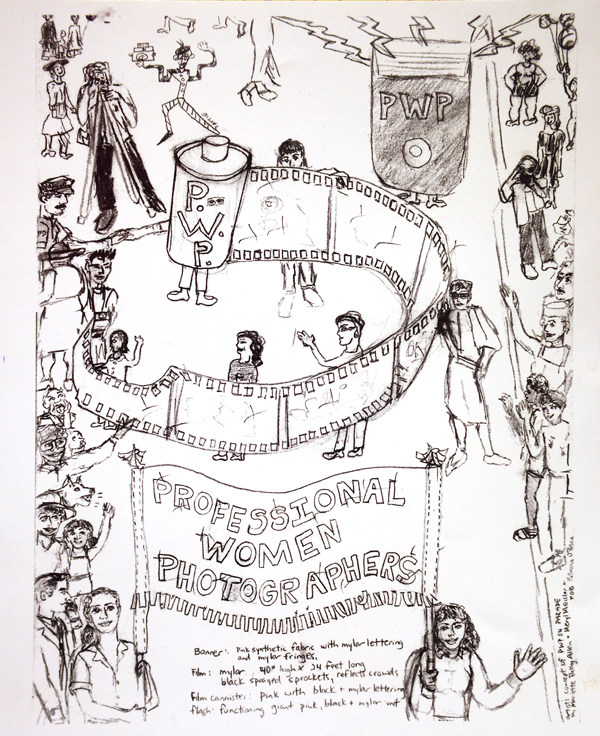 Concept drawing for the PWP banner and signs by Meryl Meisler