In a day before the Internet, many women photographers felt isolated and alone. Information on careers in the field came via newspapers and magazines, where women had long been underrepresented. There were very few role models for them, and little encouragement. They didn’t know that others struggled, or what was possible. So improving communication and creating a community for women photographers were important to PWP from the start. Through newsletters it kept subscribers up to date on meetings, industry trends, and the careers of successful women photographers, such as Frances McLaughlin-Gill and Eva Rubinstein.

The early newsletters from the 1970s and 80s were typewritten and assembled with Wite-Out and tape. 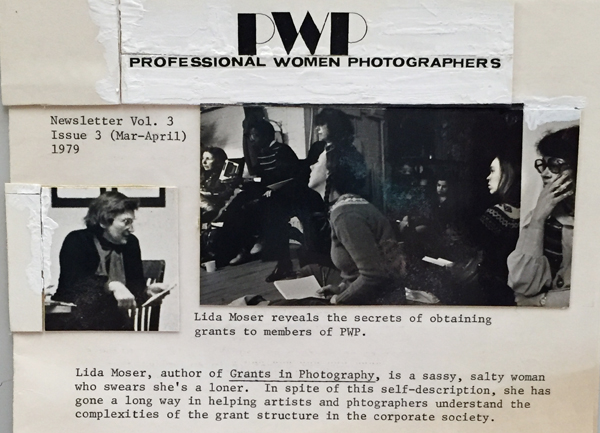 The PWP Times was a more elaborate publication modeled after The New York Times. Conceived by Dianora Niccolini, PWP’s first president, it is now a collector’s item. 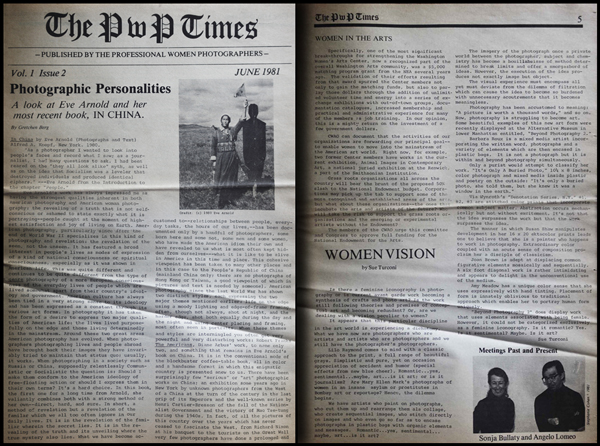 Like the early newsletters, it was assembled by paste up, and paid tribute to prominent women photographers like Lisette Model, Eve Arnold, and Barbara Morgan. By writing about their struggles and success, PWP hoped to inspire others on what was often a lonely and discouraging path. 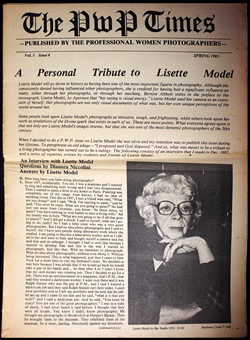