Because there was no Internet in the 1970s, ads for PWP were placed in newspapers and magazines like Vogue, The Village Voice, and Photo District News (now PDN). The idea of an organization dedicated to women photographers was a novelty at the time, and letters seeking information about it poured in. 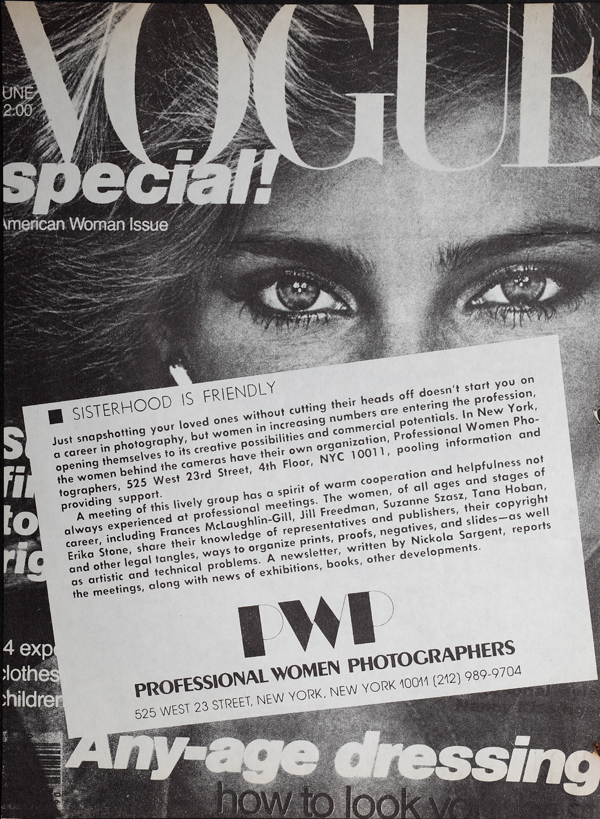 Ad for PWP in Vogue Magazine

An ad in The Village Voice invited photographers to a slide lecture by Ruth Orkin: 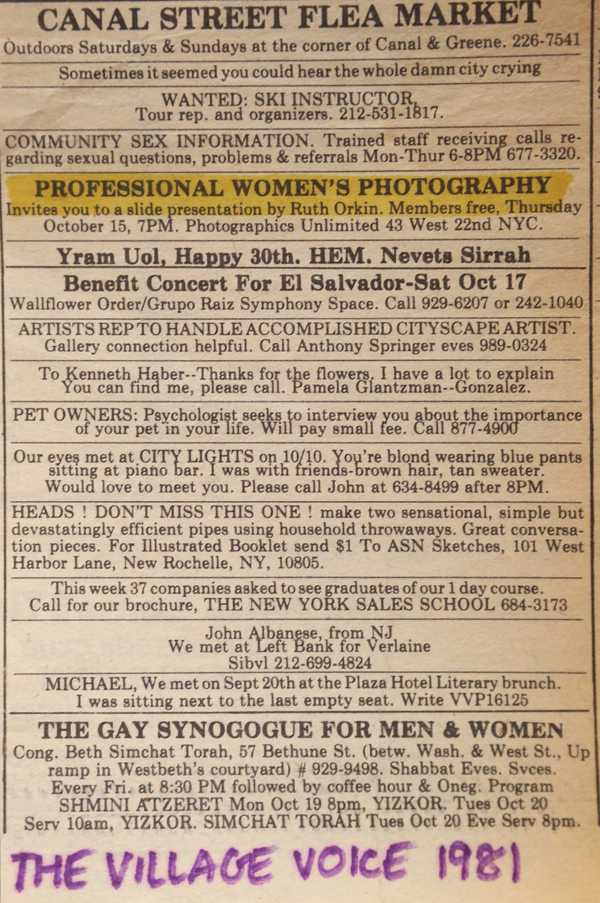 The 1981 issue of Photo District News where PWP was mentioned cost fifty cents. At the time, there was a real Photo District on Manhattan’s West Side that ran from 14th Street up to the mid-30s. It included photo labs that processed black-and-white and color film, as well as gelatin silver, C, and Cibachrome prints. As the digital tide swept in, these places began to disappear. 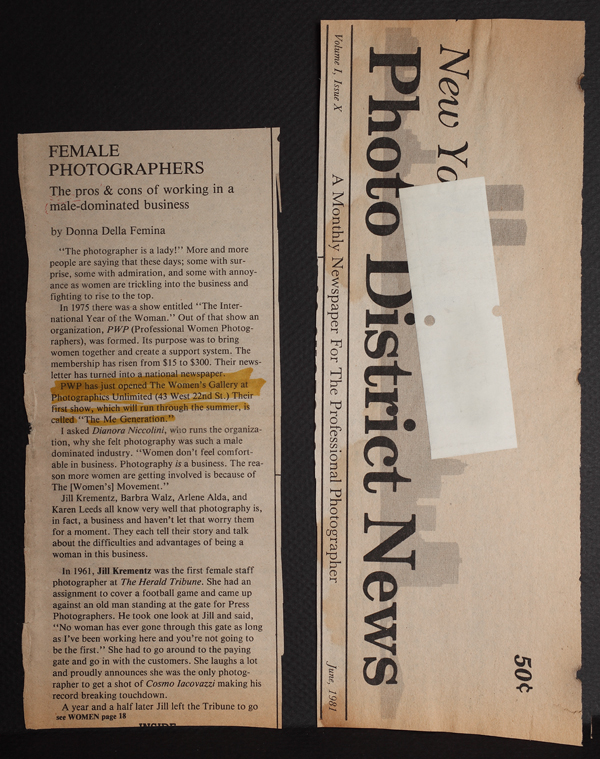 PWP mentioned in the June 1981 issue of Photo District News