From the very beginning photographers have pushed the technical and artistic boundaries of their medium, seeking more choices and avenues of expression. When PWP was founded in the 1970s, serious photography meant black-and-white and gelatin silver prints, but enthusiasm was growing for other ways.

At the time, there was no Photoshop (the first stand alone version would launch in 1990), so people had to get creative with chemicals, brushes, and photo paints. Popular alternative processes as they were called included Polaroid transfer, xerography, Kwik prints, as well as older techniques like gum bichromate, cyanotype, and Van Dyke Brown printing. 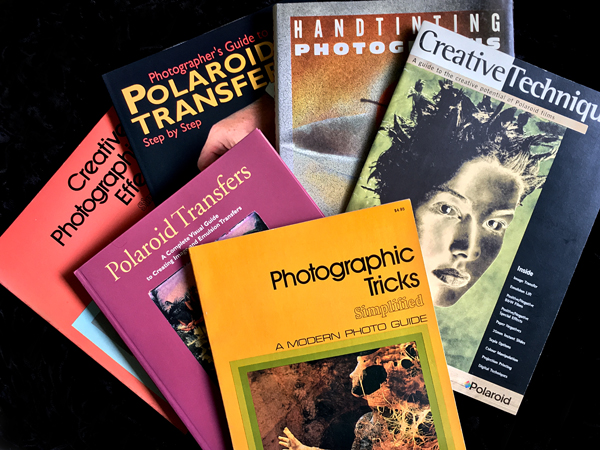 One of the great experts in this area was a woman named Bea Nettles, author of Breaking the Rules: A Photo Media Cookbook which was published in 1977. 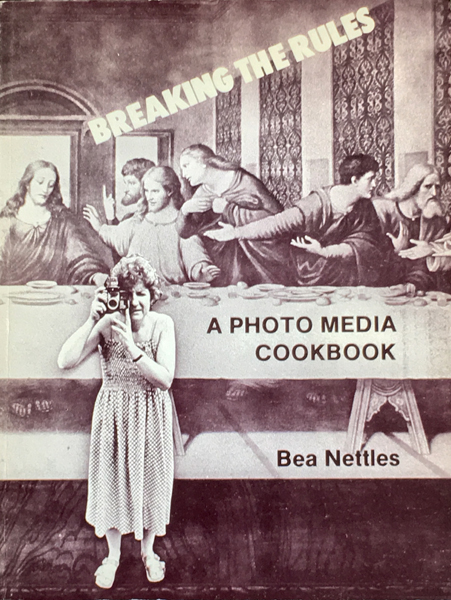 In the book, Nettles covered many of these processes, as well as magazine rubbings and lifts, photo screen printing, and how to use halftone screens and ortho film. It was very hands-on, and very different from standard silver printing. In this short audio clip, photographer Kay Kenny talks about her own discovery of alternative processes and her own tutorial with Bea Nettles: Kay Kenny Audio Clip on Alternative processes and Bea Nettles.

PWP sought to share some of these new ideas with its members. In the late 1980s, Joan Tedeschi wrote an article called “Manipulating the Medium” for the PWP Newsletter. In it she described the work of Diane Mitchell which involved “sandwiching negatives, creating montages of slides, or multiple exposures on one piece of film.” In a series of street scenes, different elements from different locations were combined to create “a place that is noplace (sic) and anyplace.” It sounds evocative, but laborious and imprecise. 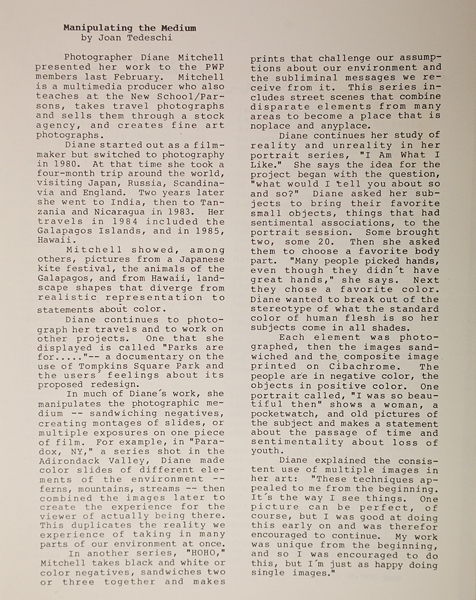 PWP workshops began to include topics like Polaroid manipulation and hand-coloring: 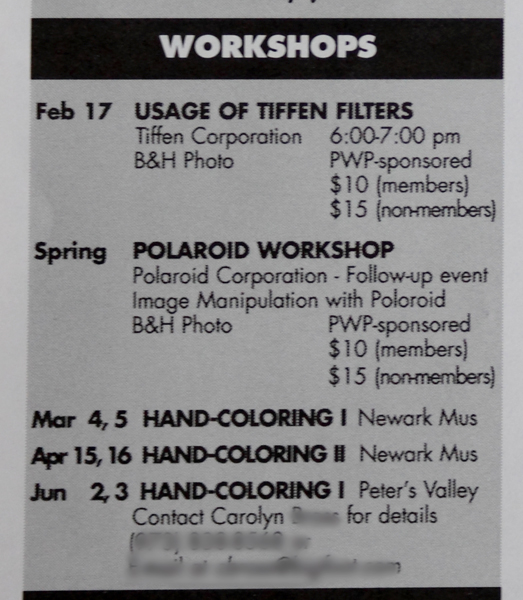 But as Photoshop evolved with adjustment layers, filters that emulated film grain, surface texture, painting and lighting effects, modes for halftone and high contrast images, many looks once accomplished by chemistry and hands-on manipulation were easily done by computer. There were still plenty of PWP speakers pushing boundaries, only now they were pushing them with digital tools. 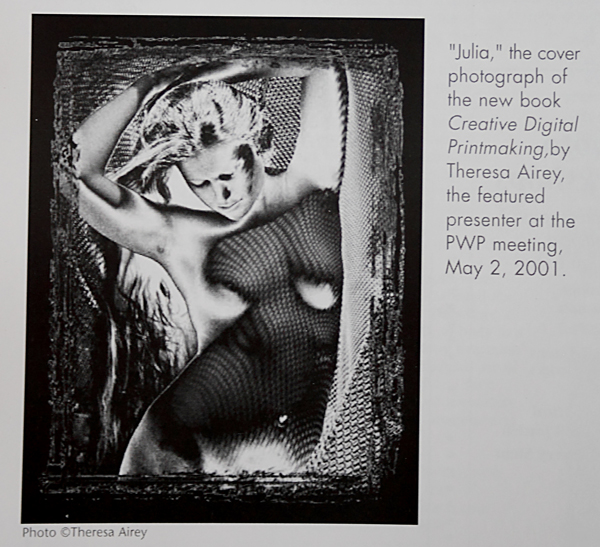 For all the manipulation possible in Photoshop, its best tools are often its most basic: sharpening filters, levels and curves to set black points, adjust color and contrast, allowing even the simplest photo to shine. Compare the vibrant color and varied typefaces of recent PWP invitations with the postcard from the 1975 FIT show: 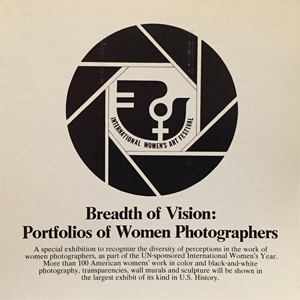