1975 was the founding year not only for PWP, but also for Microsoft and Apple Computer. At the time, most people couldn’t imagine how digital technology would change not only the way they took pictures, but the way they lived. In PWP’s earliest days ads, memos, and publications were done on paper. But in 1999, Babs Armour led an effort to create a website that would make the organization accessible from anywhere in the world. The first version of pwponline.org launched in 2000: 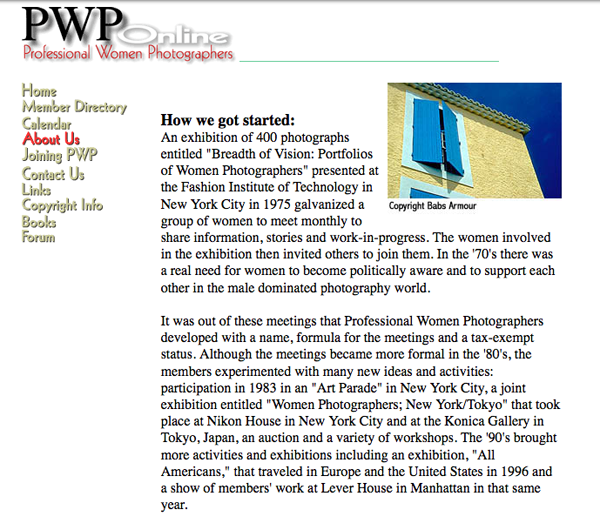 It featured information about the organization’s history and how to join, and a directory where each member could upload a single image. It was detailed in a PWP magazine: 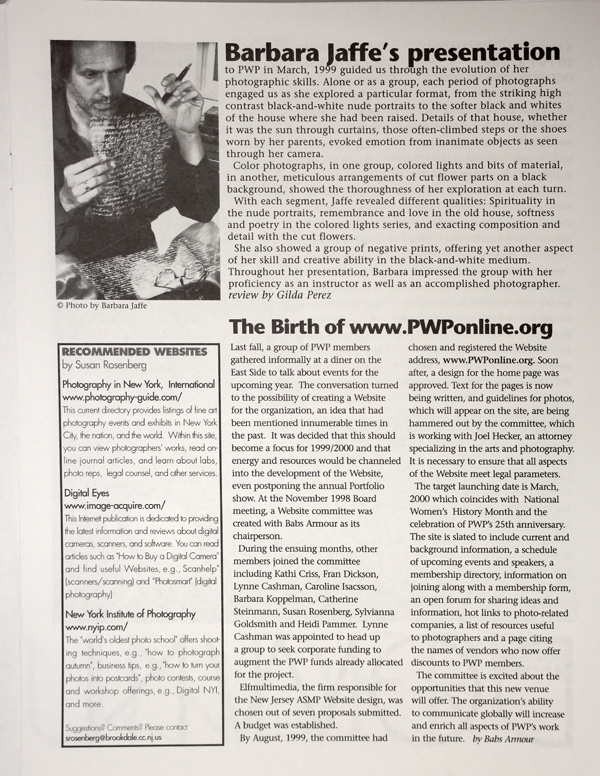 The Internet evolved quickly, and around 2008-2009, the PWP website was revised under the supervision of Jackie Neale. It provided a content management system allowing directors to list and edit their own events, and featured a rotating “film strip” of member images, as well as an individual portfolio area and, for the first time, a blog: 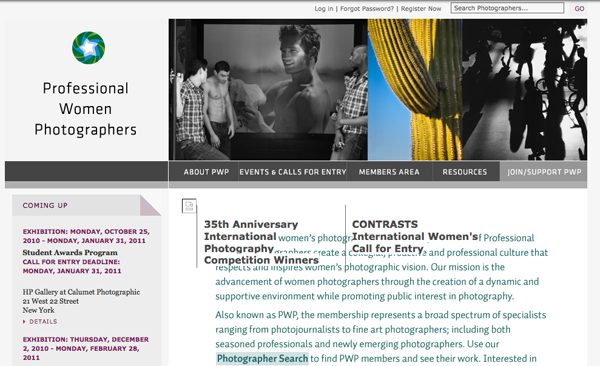 The most recent version was developed by a committee led by PWP president, Fredda Gordon, with an assist from former president, Maddi Ring. It features super easy content management, and individual portfolio space where each member can upload 200 images. 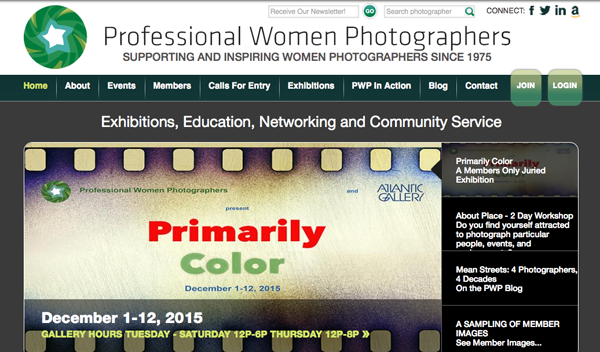