In the 1970s, liberation was in the air. Women were waking up to their power, creativity and rights. They were pouring into the workforce and into professions long dominated by men–like photography. 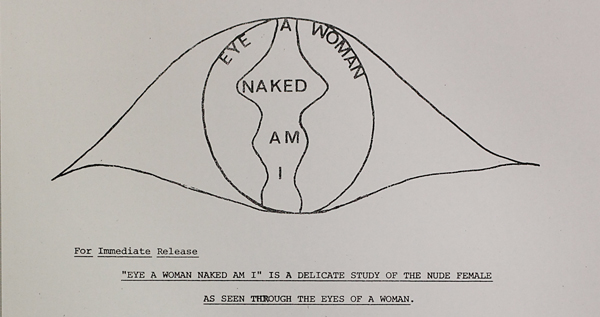 Eager to promote their own, women photographers began to organize groups and shows. Before PWP, there was was Woman Photographers of New York, founded by Dianora Niccolini, who would become PWP’s first president.

Because there wasn’t a lot of gallery space devoted to photography in the 1970s, exhibitions were often held in offbeat spaces. This show by Women Photographers of New York was held at the Interchurch Center on Riverside Drive: 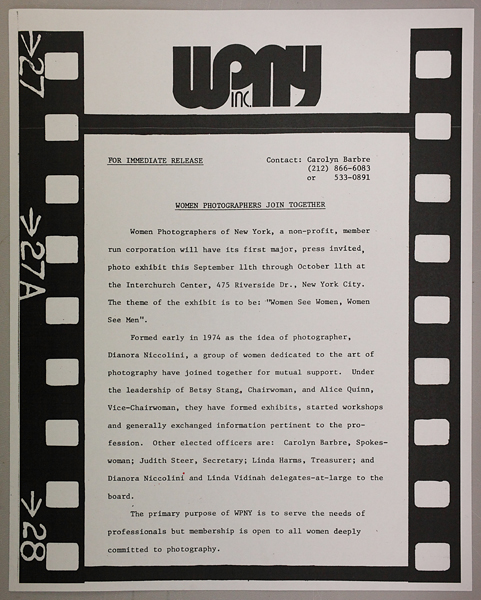 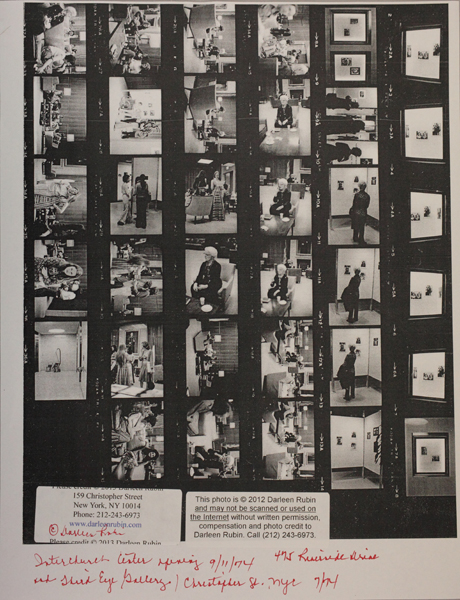 The exhibition was reviewed in the Vajority Report: 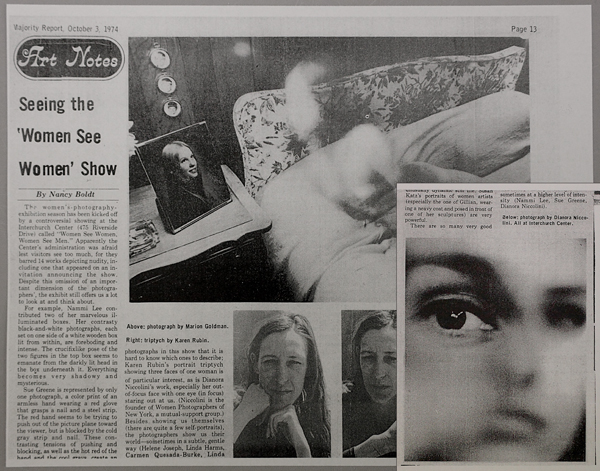 Tired of being portrayed solely through the male gaze, women photographers and artists were taking a look at themselves and showing new identities more in line with the reality of their lives. Doors long shut were being pushed open…or kicked in. 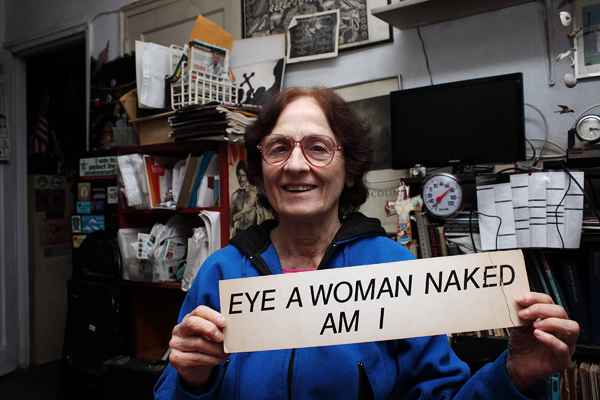 Full press release for Dianora Niccolini’s exhibition Eye a Woman Naked Am I at the Third Eye Gallery on Christopher Street in the 1970s or 80s: 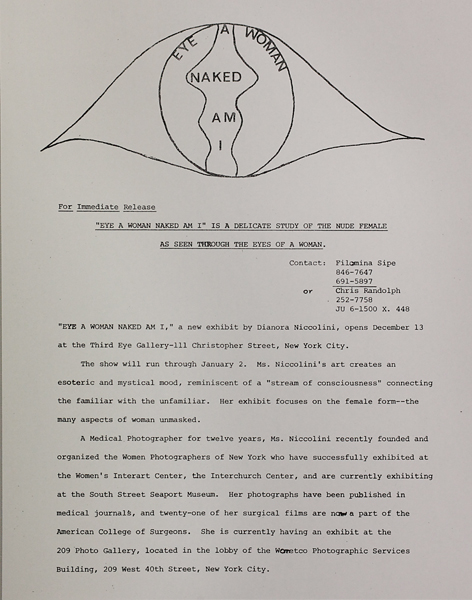 “Eye a Woman Naked Am I” press release