In 1990, an exchange show called Women Photographers: New York/Tokyo, Our Illusions and Reality took place at Nikon House in Rockefeller Center and the Konica Gallery in Japan. Mayor David Dinkins, who called his own city a “beautiful mosaic,” commended the exhibition in this letter: 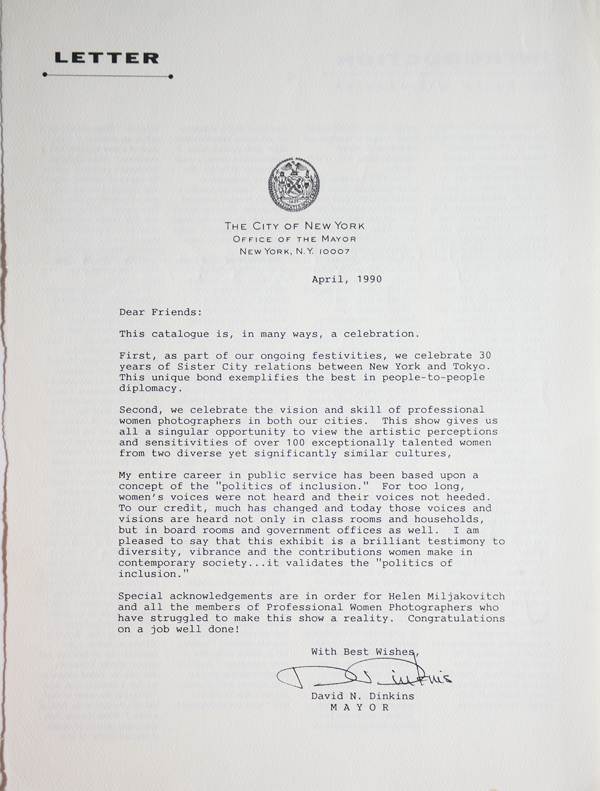 Mayor Dinkins writes: “For too long, women’s voices were not heard and their voices not heeded. To our credit, much has changed and today those voices and visions are heard not only in class rooms and households, but in board rooms and government offices as well. I am pleased to say that this exhibit is a brilliant testimony to diversity, vibrance and the contributions women make in contemporary society…it validates the ‘politics of inclusion.’”

He concludes: “Special acknowledgements are in order for Helen Miljakovitch and all the members of Professional Women Photographers who have struggled to make this show a reality. Congratulations on a job well done!”

Looking at the fixed spacing and font, it’s not a wild guess to say the letter was produced on a typewriter or early printer. With the digital tools available today, even the most basic correspondence is far more graphically pleasing, and much easier to produce. Invitations like the one below would probably be posted online and shared through social media. 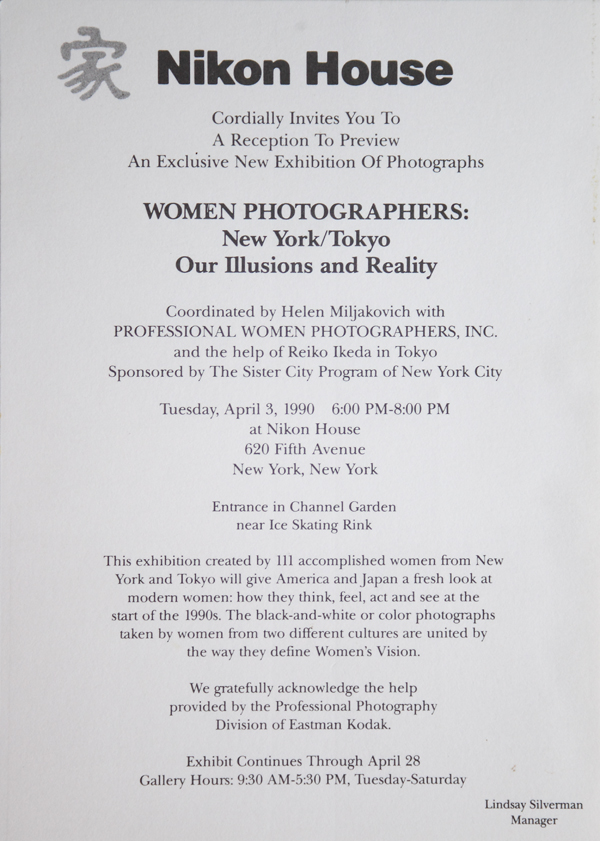 As the digital tide began to sweep in, if affected many companies, including Nikon and Kodak who contributed to the exchange show. Nikon House, long a fixture in Rockefeller Center, no longer exists, and Kodak, once a dominant U.S. player, has changed greatly over the years. 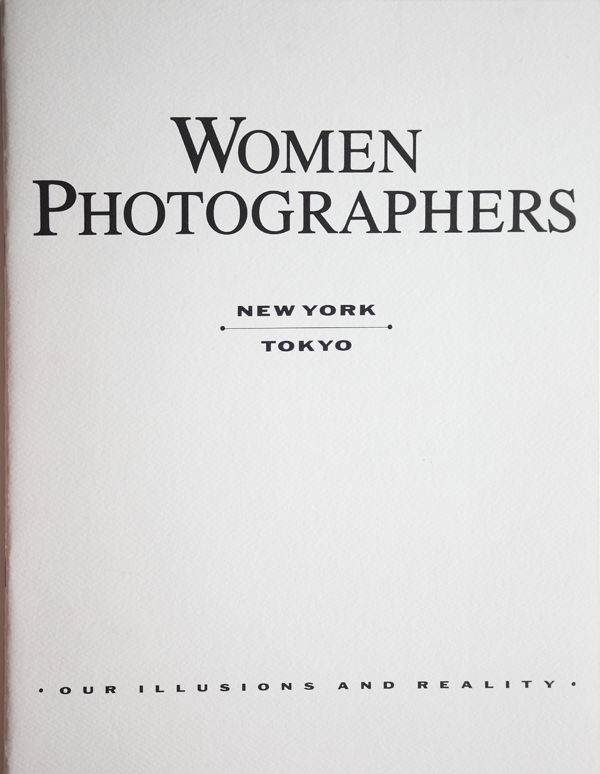