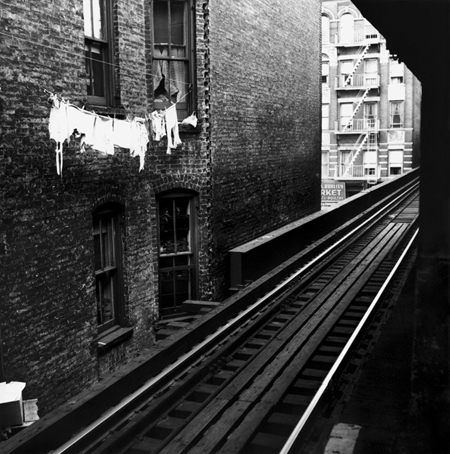 He’s a Fifties’ boy from the Bronx, peppery, bantam, and tough–Jake La Motta with an SLR. His knowledge of New York and gelatin silver printing is vast. Not for nothing is he called the “last of a vanishing breed.” But Sid Kaplan is alive and well, thank you, busy documenting the changing face of his beloved town.

He was born in the Bronx in 1938 and began photography at age ten. He grew up at a time when color film was coming in, but serious photography still meant black-and-white. And he was very serious from an early age, attending The School of Industrial Arts, hanging around Peerless Camera Store and the Police Athletic League to pick up information and tips. There were also meetings and shows at the Village Camera Club, but behind it all, an intensely practical nature and steely determination. He took tons of pictures, printed them in darkrooms rigged up in bathrooms and kitchens, then went out and took some more. If he found himself in a tough neighborhood, he learned to mind his own business, honing his eye and sense of the street. 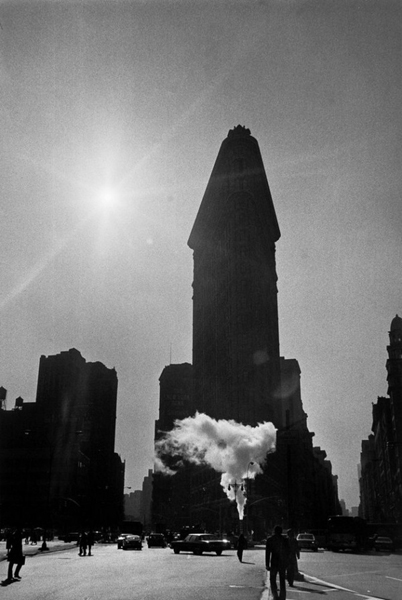 Kaplan was a prodigy, winning prizes for his beautiful prints, but early on divided his photography into “personal” work–images he took for himself–and “professional” work where he printed the photographs of other people. It was a flimsy Chinese wall, but ensured a kind of purity, even though the two spheres informed each other throughout his career.

Many facts of which are known, while others, for various reasons including legal, are downplayed. As a young man Kaplan joined Compo Photocolor Lab, known for its mural-size prints and work on the 1955 Museum of Modern Art exhibit, The Family of Man. “Those were the guys I learned from,” he said. “Where did most of those guys learn to print? The military.”

Kaplan also learned through sheer volume and repetition, often clocking 60 to 80 hours a week. He also began to print for great photographers like Halsman, Steichen, and the Capa brothers, Robert and Cornell. 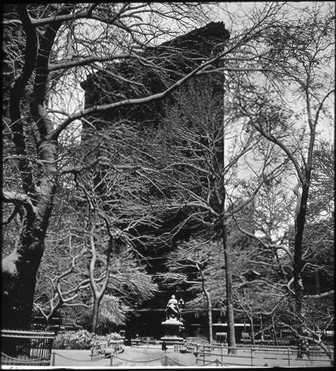 In 1968, he set up his own shop, Custom Work Darkroom, in quarters on east 23rd Street that overlooked Madison Square Park. There he worked with more illustrious clients including Allen Ginsberg, Duane Michals, Eugene Smith, and Robert Frank, with whom he developed a lasting professional relationship.

Which isn’t surprising, because in addition to his vast knowledge of chemistry, Kaplan brings to the printing process his own sensibility as a working photographer. He has a great respect for and knowledge of light, as well as the ability to listen to and work intuitively from a photographer’s description of the scene and atmosphere photographed. Which takes imagination in addition to technical know-how.

When Kaplan began printing for the legendary photographer of The Americans, Frank hovered. He had apprenticed for photographers in Switzerland, and had deep knowledge of chemistry and exposure, as well as exacting artistic standards. “He knew exactly what he wanted,” Kaplan said, “and exactly what the paper would do.”

But after the first batch, Kaplan was given an old print to follow and more or less left alone. By then, he had racked up a lot of experience: “when it gets drilled into you for so many hours…you can do a lot of it when he’s not around.” 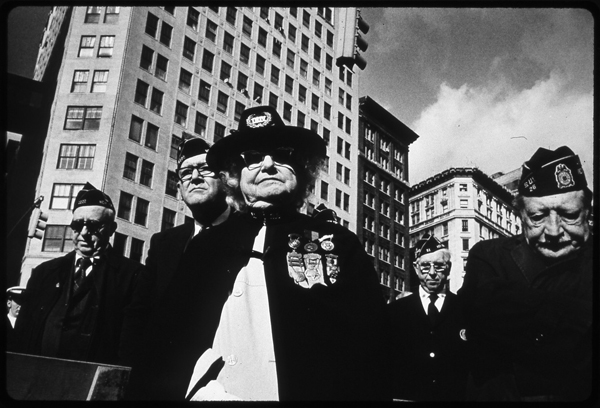 Beginning in 1972, students at the School of Visual Arts also benefited from Kaplan’s knowledge, as do participants in his annual summer workshop held in South Dakota, of all places. A diehard New Yorker, his tastes are somewhat eclectic and unpredictable. Teaching in the Badlands? No problem. And for thirty years, he’s returned annually to Philly to photograph the Mummers’ Parade and a club associated with it because he likes their costumes and blue collar ethic.

But for most of his life, he’s concentrated on his beloved New York even as it’s changed nearly beyond recognition. He’s captured the dismantling of the Third Avenue L, the ever-evolving Lower East Side, Madison Square Park in all seasons, and Times Square from the 1950s when it served as the de facto photo district, providing a steady stream of actors, models, and hit shows to support the photographic trade. 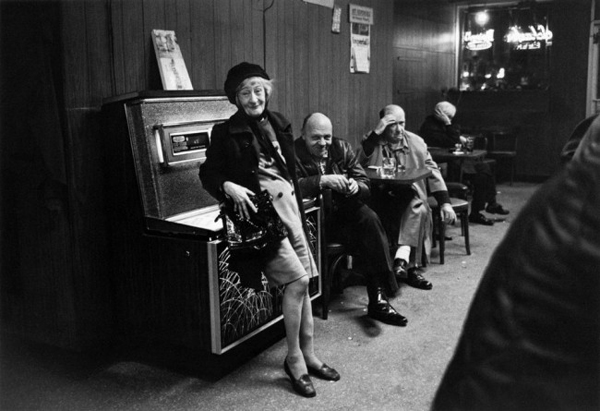 If the aforementioned resume seems a little sanitized and glib, it is. For discretion, certain colorful stories and situations have been omitted, though perhaps a hint is in order. During our lunch, mention was made of a nude model with a Pilgrim hat and musket, that may or may not have been a centerfold, and sotto voce, of a “strange underground” of men who paid $5 apiece to shoot unclothed or barely clothed women. Today that goes by the classed-up name of “boudoir photography,” and ladies in all states of undress are available with a few taps of the screen. Reference was also made to a hasty shredding/disposal session at his studio. In talk as in his life, there is a mix of high and low, a delight in the range of human behavior and odd situations tossed up by the world.

One is the class he teaches each summer in South Dakota. “No self-respecting workshop would want to have us,” he said of fellow teacher, Howard Christopherson. Who Kaplan sized up pretty fast: “When you’re a mutt, you can smell another mutt quite a distance away.” But there they are, driving caravan-style under the big sky from Minneapolis to Lily, SD. Which is a long way from Hunts Point in the Bronx. 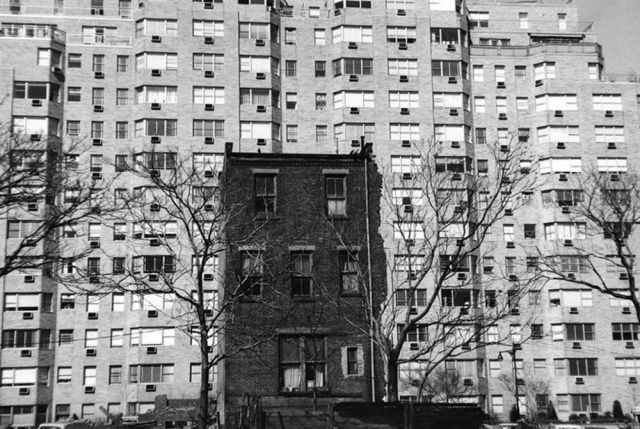 Kaplan has been around and seen a lot: half of New York torn down and put back up again, black-and-white displaced by color, film replaced by digital, the fine art of printing tossed aside as everyone grabs snaps on their phone. But he’s still here, doing his thing. There have been shows and honors, richly deserved, but always played down. Self-promotion isn’t his thing; craft and art are.

I know him from Flo Fox’s Non-Camera Club, a monthly supper where he arrives late and is received like a king. Which he is when talk turns to photo chemistry and printing. The jokes stop and the craggy face comes alive with boyish wonder. Amid friends, without pretense or pomp, the Bronx boy with a heart of gold rules.

2 thoughts on “Sid Kaplan: Scenes of the Unfolding City”