To celebrate Women’s History Month, we’re featuring items from the PWP archives each day on this blog. In looking back, we see not only where we started, but how far photography, women, and the world have come since 1975.

Personal computers did not exist in 1975, so the roster for the FIT show Breadth of Vision: Portfolios of Women Photographers had to be mimeographed for distribution.

Mimeographed roster for the 1975 FIT show “Breadth of Vision”

It was the largest exhibition of its kind at the time, and featured photo luminaries such as Ruth Orkin, Suzanne Opton, Mary Ellen Mark, Susan Meiselas, and Dianora Niccolini, who would become PWP’s first president. 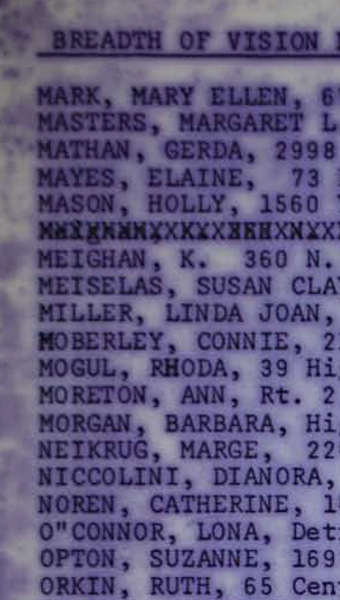 Detail of the FIT show roster

Dismayed by the lack of press, Dannielle Hayes, one of the organizers, brought exhibitors together at ICP (then on Fifth Avenue) for a quick publicity campaign. Results included an article in the New York Herald Tribune (unfortunately under “Hobbies”), and a plan for the photographers to keep meeting. Women’s Lib was in full swing, and there was tremendous grassroots energy in the arts. Groups long excluded from exhibitions and representation decided to take action for themselves. Some of the organizations founded in the 1970s include the A.I.R. Gallery, Soho Photo Gallery, and the Visual Studies Workshop (actually founded in 1969). 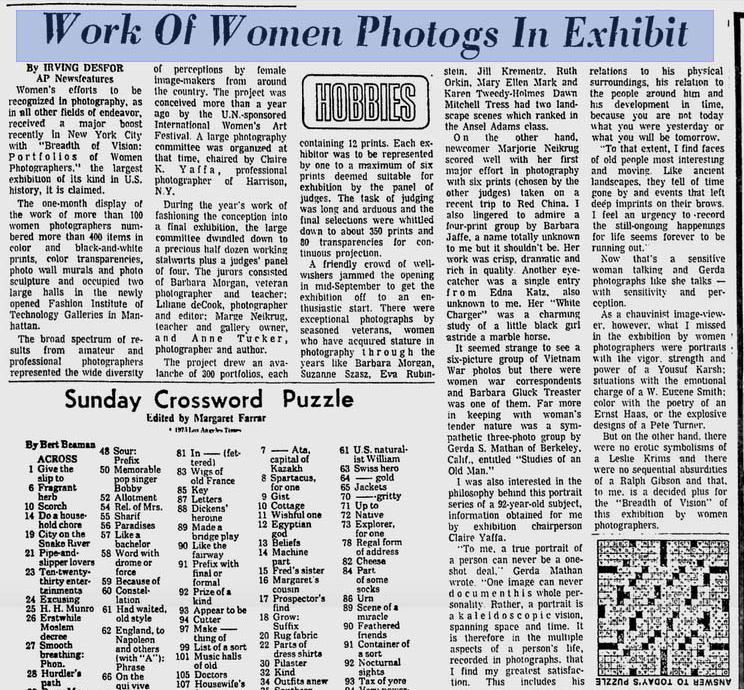 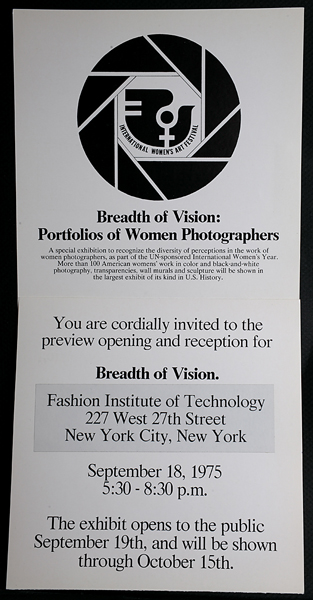 Invitation for the FIT show