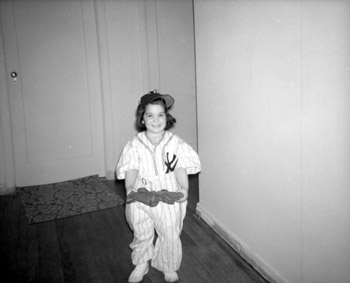 In 2004, while I was President of PWP, we struggled with the idea of doing some type of community service. Not having a physical location was a drawback to typical programs like workshops or residencies. Instead, we decided to offer cash awards to young women photographers interested in photography. The program started with junior and seniors in NYC schools and soon expanded to all high school students in the New York metropolitan area,

How I wish such a program existed when I was in high school in the early 60s! Perhaps my photography would have taken a more serious turn.  I was the proud owner of a Kodak Brownie camera and used my younger sister as a model. Sometimes I wonder how she tolerated my dressing her up in all sorts of costumes just to satisfy my then unknown love of portraits with a story.

Today’s teens are much more savvy. With the burst of the internet and the fantastic cameras and apps for cell phones, I doubt that any are not familiar with picture taking. But the PWP Student Awards gives them focus and offers them the opportunity, perhaps for the first time, to see their work hung in a professional manner in a gallery setting. Theme-based, the contest opens them up to exploring new ideas. 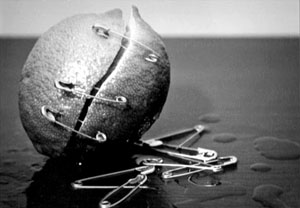 Katarzna Kamuda, a first place winner in last year’s competition (“Fruits and Vegetables,” B&W), explains that her interest in photography began when she was a young girl leaving her childhood home in Europe to immigrate to the United States. It helped her “escape from all the stress of moving€ and motivated her to take landscape photos of her homeland. She finds inspiration in other photographers and especially admires the work of Clyde Butcher, whose black and white film images are reminiscent of Ansel Adams’ work. Of his photos she says “it’s almost like they take me into a place of great emotions. I enjoyed the competition which motivated me to think outside the realm of reality.€

PWP is proud to offer these opportunities to young women. This year’s theme is “Abstracts in Color,” and you can view the exhibition of all the work at HP Gallery at Calumet Photographic, 22 W. 22nd Street, 2nd Floor, New York City. The exhibition will run thorough March 17th. On Saturday, March 10th from 2-4pm join us for a reception and the excitement when the winners are announced.