It Began with an Exhibition…

In the beginning there was an exhibition. In 1975, Breadth of Vision: Portfolios of Women Photographers opened at the Fashion Institute of Technology in New York City and galvanized a group of women to meet, share information and support each other’s projects. It was out of these gatherings that Professional Women Photographers was born.

Exhibitions have always been a huge part of the group, showcasing the diverse talents of its members.  From the Me Generation at Photographics Unlimited in 1981 to Elegy for Eden at the Durst Gallery in 2007 and the upcoming Objects of Affection at Calumet Photo, there have been many evocative PWP shows that dealt with issues of the time.

This blog is going to go behind the scenes of these exhibitions, taking a closer look at some of the photographs in the shows, talking with the photographers involved, watching as the shows evolve from vague ideas to physical realities.  Every picture tells a story and every photographer has a story to tell.  We’re going to feature some here. 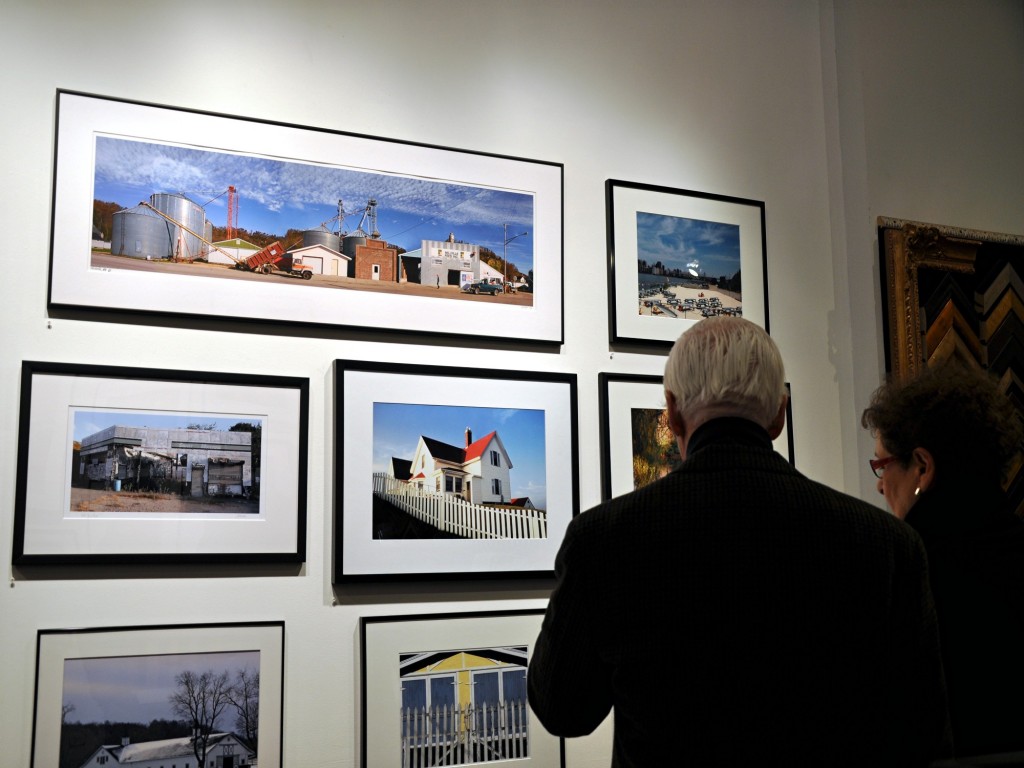 We’ll start with a look back at the PWP exhibit Americana that was on view from April 17th to May 22nd at MH Art & Framing.  This show actually began its life in Queens.  Last October, exhibition committee members Barbara Leven, Nancy Sirkis and D Brandon were photographing on the streets of Broad Channel, on the edge of Jamaica Bay. “It was a superb Indian summer day, warm and still with a luminous pearl-gray overcast light,” said Barbara.  “I was struck by how many of the small one-family homes were decorated to the hilt with ghosts, witches, spiders and all other trappings of Halloween as well as American flags, almost to every house on some blocks.” 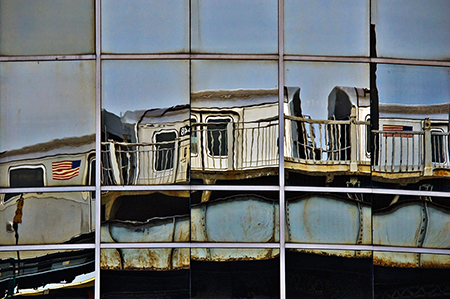 It was then that the theme “Americana” popped into her mind.  The word itself conjures up many iconic images: apple pie, baseball games, lazy summer days in small towns.  But the United States has undergone tremendous change since the nineties, and given the political upheavals and divisiveness of the last presidential election, she thought it would be interesting to explore visually what the idea meant to people today. 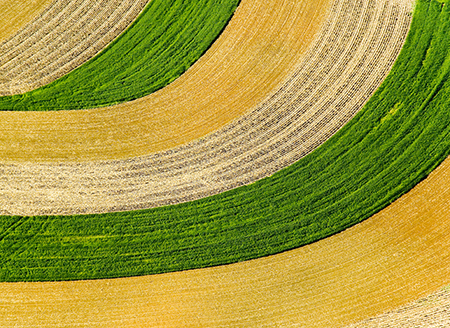 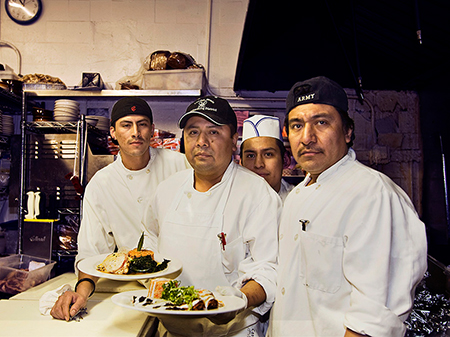 While typically iconic images were expected, the call for entry was left open, the unexpected invited.  What emerged was an array of interpretations and an exhibition full of stories.  In an effort to explore these stories further, we are introducing a feature on the blog called “What They Saw,” in which we will select images from current and past PWP exhibitions and publish the story behind the image, in the photographer’s own words.  We kick off this series with Joan Katz’s Brooklyn Powwow which hung in the Americana exhibit at MH Art & Framing. 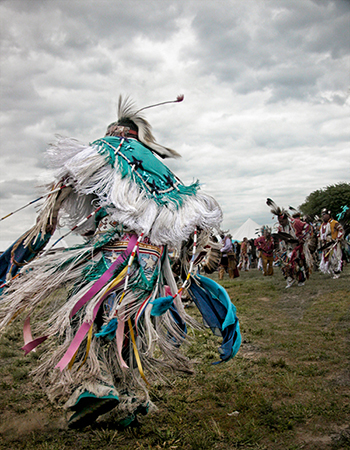 I attended my first Native American Pow-wow almost 20 years ago and was blown away by the colors and rhythms and voices and energy.  I loved that it was open to the public – I got to experience American traditions that originated long before my family arrived here in the early 1900′s.

I shot this photo at the annual Gateway To Nations Pow-wow in Brooklyn, NY. The sky was overcast and threatening most of the day, but it never did rain. I particularly loved this dancer’s clothing – the colors were so striking against the sky, and it’s clear how much time and effort went into its creation. I used a wide angle lens to include other dancers in the background; I was struck by the strong sense of community in the group dancing, singing, and drumming, and I wanted my images to reflect some of that.  –  Joan Katz