Alexa Telano is a BFA candidate in photography at Pratt Institute. We met at the Brooklyn Book Festival where she was freelancing, and got to talking about her work on gentrification, one of the hottest and most divisive topics in New York. Here is a fuller conversation on the subject.

Alexa Telano: Within the past few years Brooklyn’s neighborhoods have experienced vast change on social, economic, and demographic levels. Residents say that place attachment, defined as the emotional bond between people and a place, has been affected due to these changes. 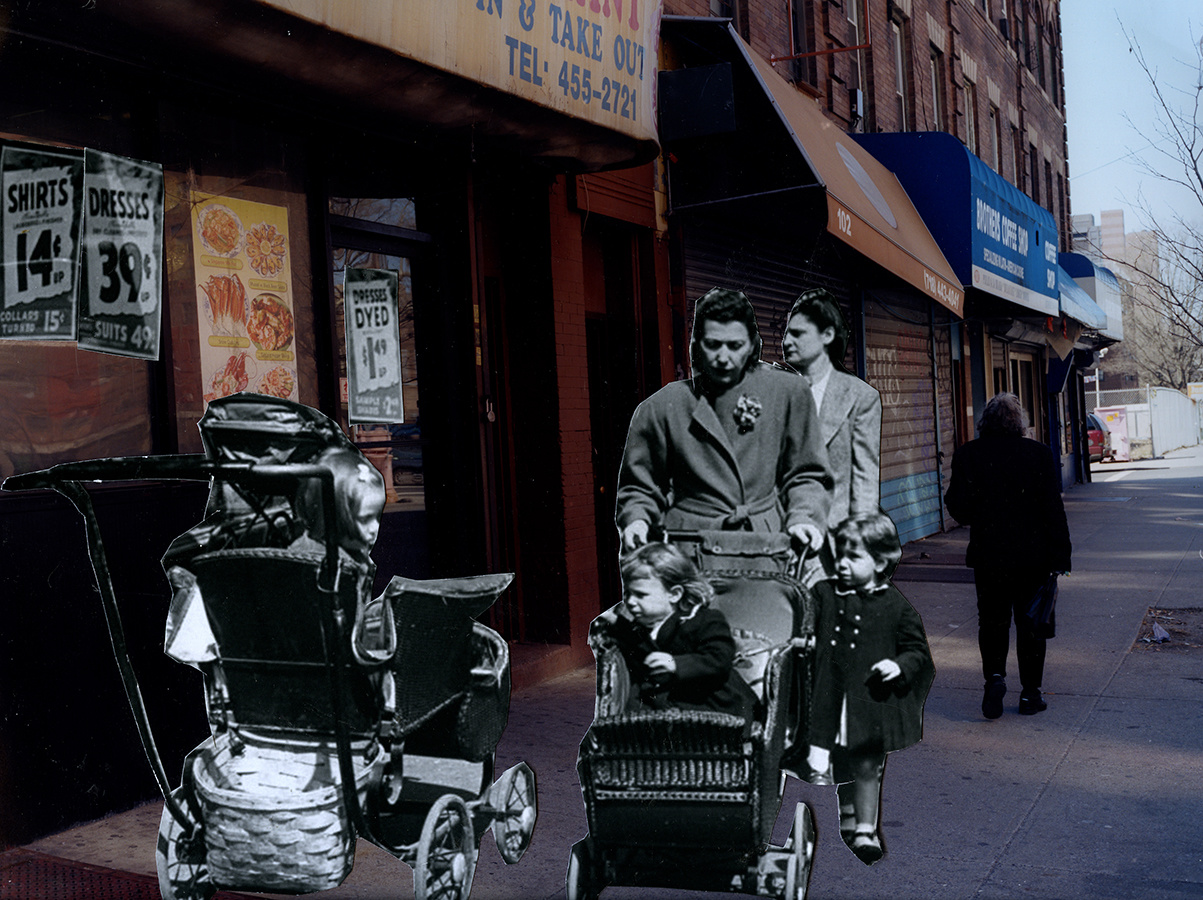 Transitioning from one structure to another structure, or the elimination of the structure all together, can leave communities despondent. As gentrification began, new bodies came into Brooklyn while the older ones were shoved into the cracks, forced to leave the place that had the feeling of home.

By researching photographs taken in the past, I found rich details of areas that have changed. Creating collages using those and my own photographs of the exact areas juxtaposes the economic, architectural, and social change that has happened. This has led me to discover a Brooklyn: Lost and Found. 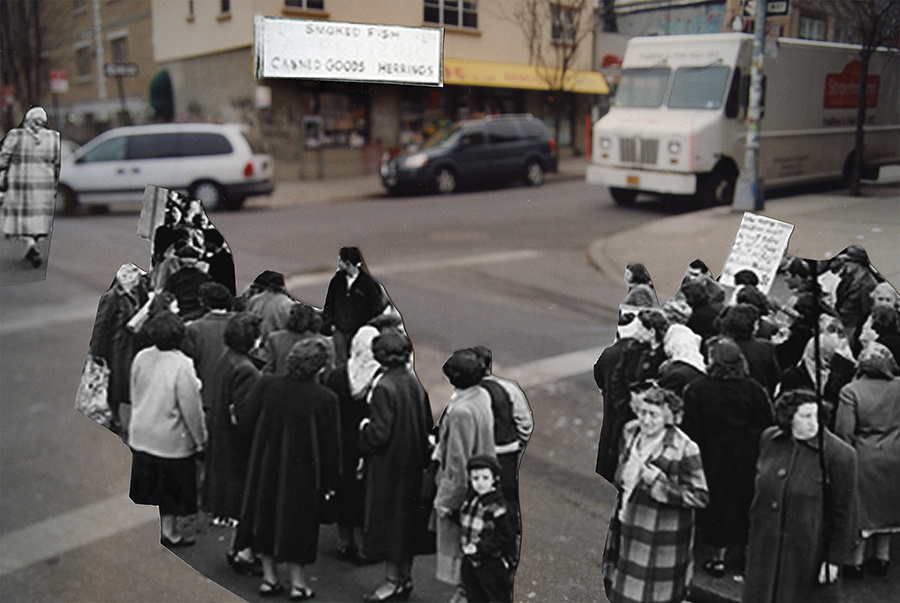 AT: Photography was something I was attracted to at an early age. I remember being young and staring at the People magazines my mother owned, as well as flipping through the countless family photo albums. In high school, I jumped at the chance to get into a photography course. The first time I printed in the dark room was like witnessing actual magic in real life; I could not believe that I had made that! I imagine this is how new mothers feel when they hold their children. When it came time to apply to schools, it was not an option whether or not I would pursue a photography degree. I am so lucky to have the support of my family because most parents fear the idea of their children becoming “starving artists,” although most of them are ignorant to how the art world functions to begin with. Now that I have three-plus years of higher education under my belt and am nearing the end of my college career, I am a lot more versed in the art of photography and the professional side of it all, which only heightens my interest. 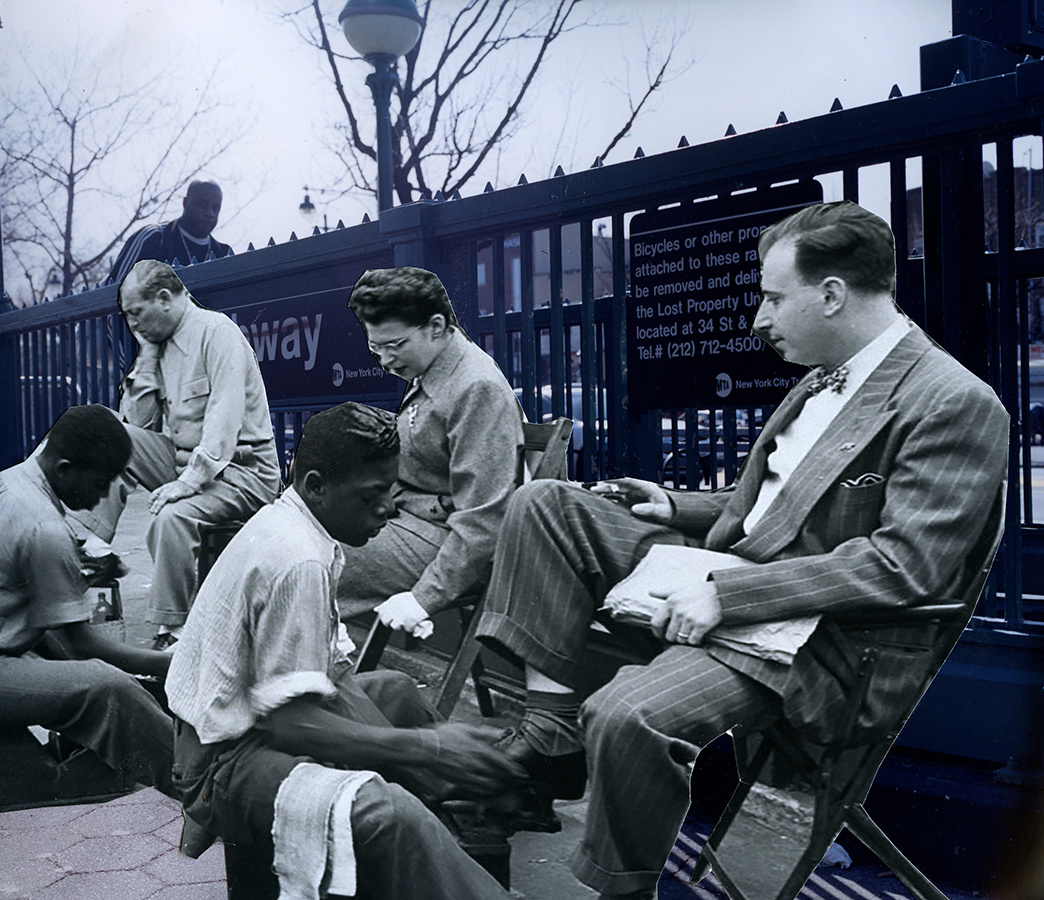 PWP: As a photo student, have you learned darkroom or are you strictly digital? People are very for or against digital. What are your feelings about this?

AT: My very first experience with photography was shooting film! In high school, we had very little digital technology when it came to art, so we learned about shooting, processing, and printing film only. It wasn’t until the start of college that I purchased my own digital camera. I switched between shooting with that and B&W 35mm. However I found my true love in my college sophomore year: color film. There is nothing more magical! I still shoot B&W, depending on the occasion or how much budget I have at the moment for film, but color 120 is my go-to.

The debate on film vs. digital is really dependent on what your comfortable with. The relationship I have with digital is all business: I only shoot digital for commissioned work due to its convenience and ease in uploading images. I genuinely don’t enjoy the image quality a digital camera will produce most of the time. With the type of work I do, it makes sense to use film, and I could not imagine shooting digital for my personal artwork; it just wouldn’t flow! There are photographers shooting digital whose work I love, such as Lucas Foglia and Nina Berman, and in their work I can see how digital can be a beautiful and useful tool. I truly do believe in film and know I’ll be shooting with it as long as the price to shoot and process doesn’t break the bank. 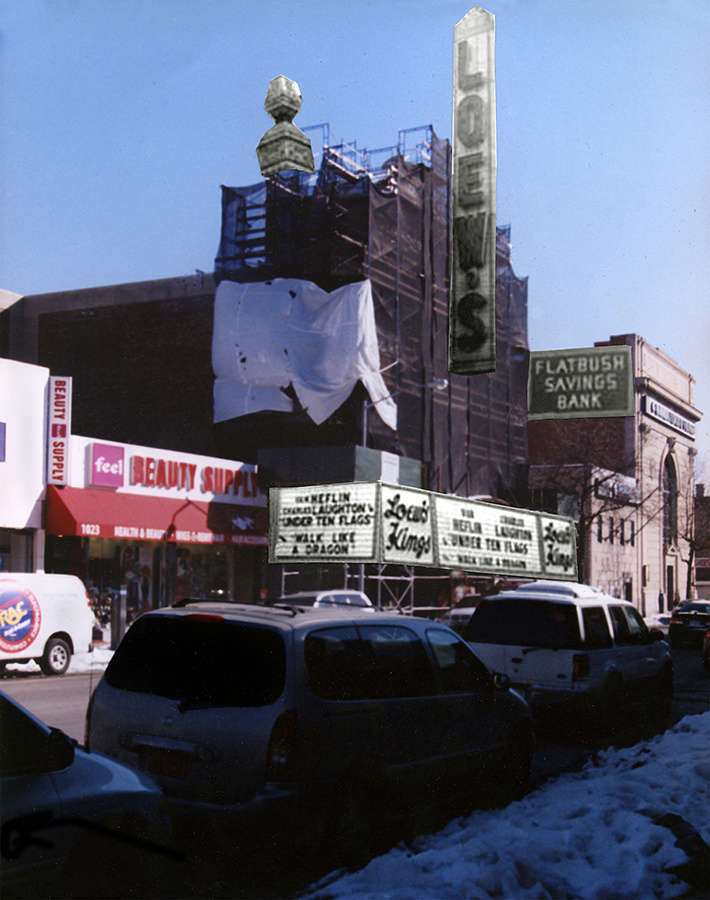 PWP: I am fascinated by your gentrification series. How has this hot issue affected you personally, and why did you do a photo series about it?

AT: I make work from the thoughts that crowd my mind on a daily basis. Included in this web are social issues and my fascination with time. Living in Brooklyn made me realize how much change was going on, and how much of it was blatantly screwing over the people who had history there. 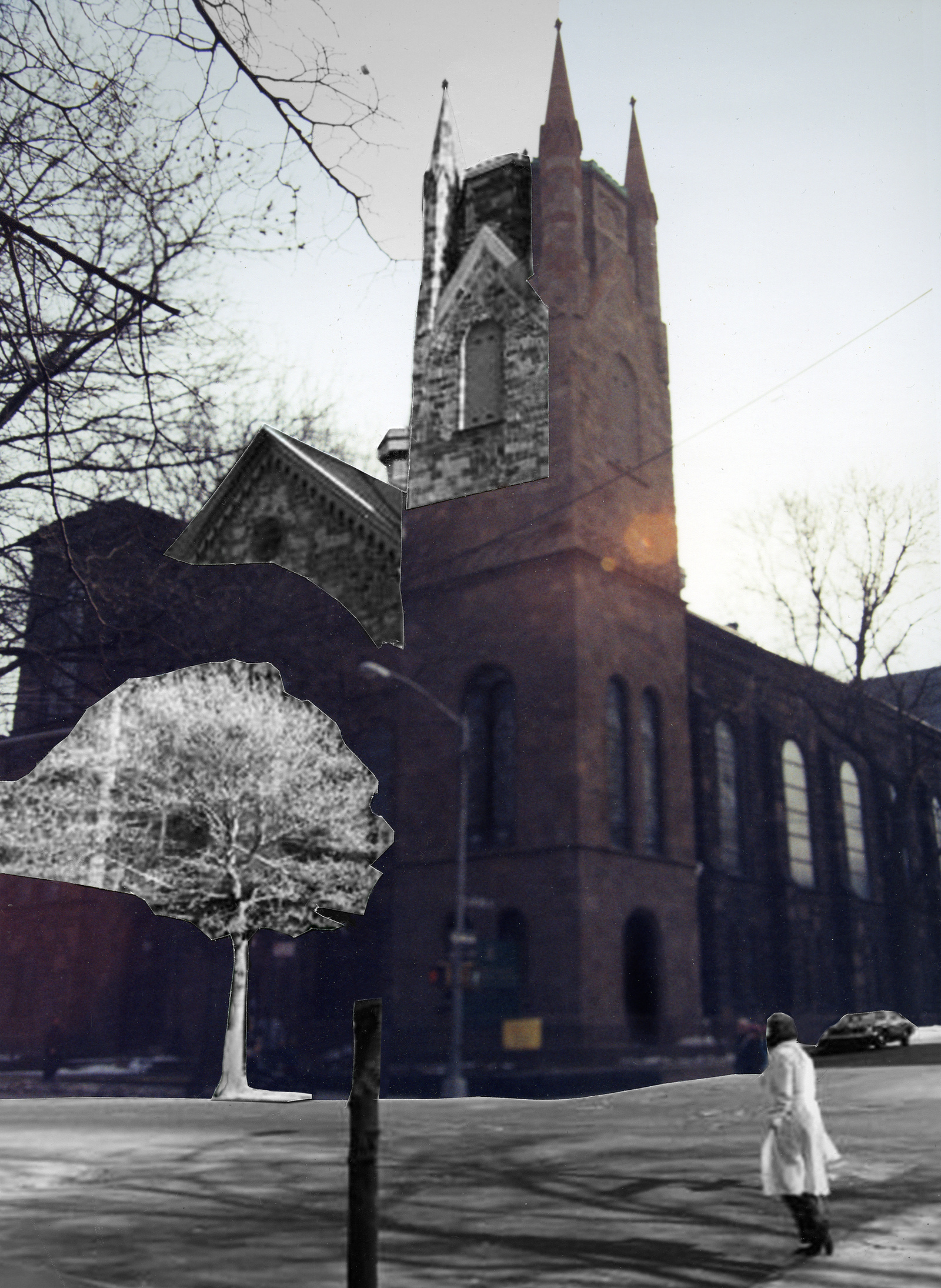 PWP: How do you choose and combine the images for this work?

AT: The process of making this work was based partly on getting access to high quality images on the internet and partly on being fascinated by the stories behind the images I was finding. After narrowing down the images, the real challenge was making sure the photographs I was taking were as close in perspective to the original as possible. Some of them were images that were taken in significant moments of Brooklyn history. [The one below was taken sometime during the week-long span of the Crown Height Riots of 1991] 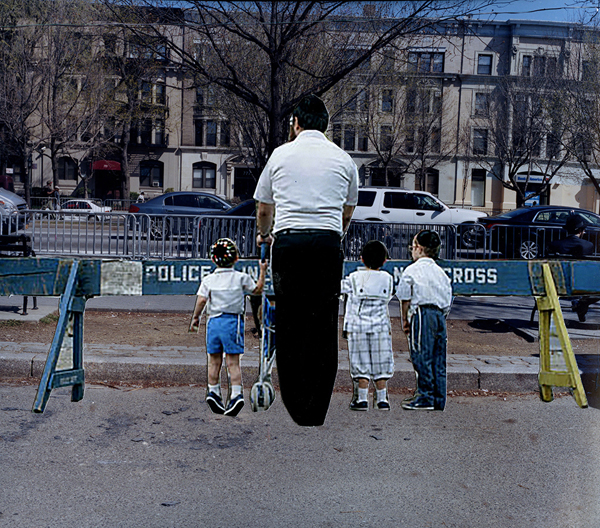 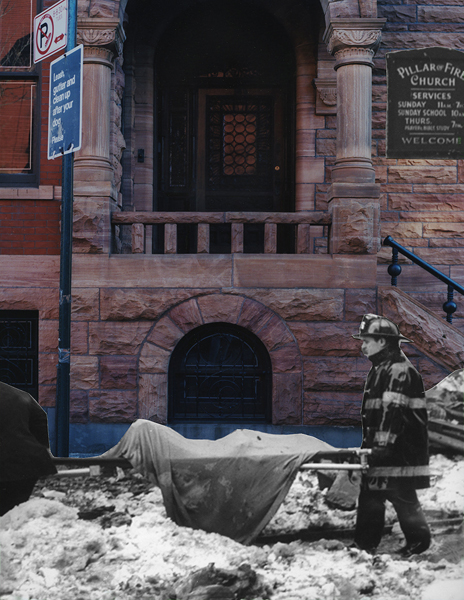 AT: I am a lover of history in general, so no matter how significant or not, I am always fascinated by the stories behind the originals.