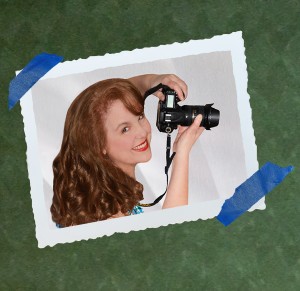 Dianne Yudelson, a PWP member, came to my attention through a variety of Call for Entries that I’ve entered. When looking at the winners it seems like I always see her name. I began looking at her work more closely and the more I looked, the more questions I had. I emailed her to see if she would be interested in an interview and I found her views, and life path refreshing and inspirational.

Dianne started her creative road very early in life. Right out of high school she studied musical theater performance. In her theater pursuits, however she discovered that the actual pursuit of that kind of work involves late nights on a regular basis and she is a morning person. She decided to go back to school for a different kind of career. She began studies to earn her PhD in Cognitive Developmental Psychology, but she said “life had a way of changing that.” She left school to care for a family member and then stayed out to devote her time to her children.

She never went back to the program but did go back to her art. From a young age she wanted to be an artist, although always felt boxed in by how others defined art. She remember one time in school there was an assignment to draw something abstract. She draw the body of an owl with the head of a tiger. Her teacher criticized the work saying that it was supposed to be something unrecognizable. These constraints, along with a desire to pigeon-hole her into a particular style never sat right with her. This felt to her like they were trying to box her in. “They want you to have a focus and be good at one thing but my mind is a whirl at all times.” 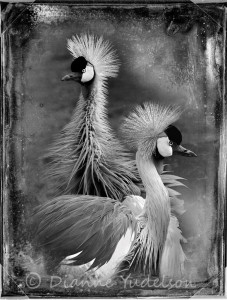 Fifteen years after her first child, she began to explore art again for her own personal fulfillment. Her son was diagnosed with double scoliosis when he was 10 years old and had to be braced for 22 hours a day for 7 years. This was a difficult time and Dianne needed to do something that made her happy and re-found her art. She wanted to paint but didn’t have the room. Instead she picked up a camera. “I loved it and realized it was just as a viable medium as painting or drawing. I find its more personable, and I’m more involved in the world as opposed to when I paint or draw.”

This involvement has led to some interesting projects. She shoots often and when something sparks her interest she will delve deeper. One example is her latest series called Under the Surface. Last year she brought her camera to one of her son’s swimming lessons. She had told him earlier of her love of being in the water and the power of looking out from underneath. He did that at the lesson and she was drawn to how it looked, took some photos and loved them. She now sets them up for that purpose. Her favorite in this series is called Under The Surface 12. The model for this shot is her husband and he is wearing the tie that he wore on the night they were engaged. These shots are more difficult to do then they look. People are doing something that isn’t natural in an unpredictable and uncomfortable place. For example, in the shoot with her husband she had to pin down the tie so it wouldn’t float up. In others she has to ask people to try things many times with open their eyes and keeping the water out of their nose if possible. She continues to work on this and has won contest with it. 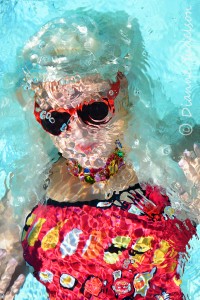 She began entering contests after seeing an ad for one in the Rangefinder magazine. She noted that they were looking for amateur entries in addition to professional ones and she said “I thought ‘I have some pictures’” and entered one in the contest. She doesn’t shoot specifically for contests, instead she only chooses contests that she feels interested in and that her work would fit into. Although she does sell prints, and wins a lot of contests, it is not enough to support a family. She feels she is on the precipice now to make that happen.

In the meantime, she is happy doing the work. She also gets involved in her community locally by teaching photography to a teen group through the California 4H club. She has helped the PWP community with her volunteer work on our “A Fly On The Wall” exhibition. Working remotely from San Francisco she created the concept, help juror the show, organized out of town entries, and helped edit the book.

The question she gets the most is to give one piece of advice for an aspiring photographer. Her answer is get yourself a harsh critic who knows something about art. She said “don’t take offense. Even if you don’t agree with them, you can learn from them.” She recommends taking their comments into consideration and make adjustments. She compared it to the way you don’t see typos when you proofread your own writing “because you know what you meant to say.” And, she adds, “you will learn to talk about your images.”

In answer to the constraints of that the art world places on trying to define an artist’s style, Dianne has come up with an answer called the New Eclecticism Photography. You can learn more about that, and her work on her website: www.dianneyudelson.com.

One thought on “Getting to Know PWP Member Dianne Yudelson”