Time and the River 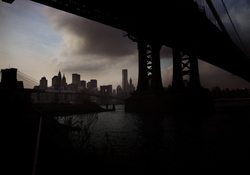 It was once a separate city, and in some ways, still is. It is 71 square miles and the most populous borough of New York. There are 136 different languages spoken, 93 ethnic groups, 150 nationalities, and a whole lot of artists. Serious artists. Sometimes we think of it as being far, but really it is just one more stop on the train. It’s that place on the other side of the river, Brooklyn, USA.

It has a lively arts scene and in March, 2011, Professional Women Photographers will be a part of it when their exhibition, Perspectives on Time, opens at the Callahan Center Gallery of St. Francis College. The gallery is conveniently located one block from the Borough Hall subway station, the very first stop in Brooklyn for the 2, 3, 4, 5, and R trains.

The exhibit promises to be exceptional in many ways. Not only is the space on the ground floor of the college, but it has enormous windows that look out on bustling Remsen Street (think exposure!), making it the most accessible, heavily trafficked space PWP has ever had. All types of photography-based work are eligible: color, black and white, film, digital, straight photography or alternative processes, photo collage and montage. Photographers can also create a triptych or a series of up to six photos in one frame to convey the theme, the passage of time. 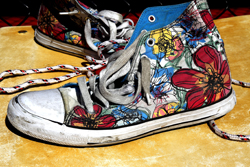 Here are some other interesting facts about the borough. It was named after the municipality of Breuckelen in Utrecht, Holland, and became part of New York City in 1898, fifteen years after the Brooklyn Bridge opened. PWP currently has 51 members who live there, and has exhibited there before. In February of 2001, a PWP show called A Spiritual Moment opened at…St. Francis College! Talk about moments of time-it’s dÃ©jÃ  vu all over again!

To quote the motto of Brooklyn, Een Draght Mackt Maght – In Unity There is Strength! We want to put together a great show and are looking forward to seeing your entries! Please send them in by November 30th!