Almost every college student encounters, willingly or not, T.S. Eliot’s iconic modern masterpiece The Wasteland. In it there’s a phrase “hurry up please, it’s time.” A lot of hands go up to explain this, but almost everyone in this country gets it wrong. They think its an allusion to the quickening pace of the 20th Century or looming apocalypse, but it’s actually a common call heard in English pubs as closing nears and proprietors need to ease their merry customers home.

From the flow of sand through an hourglass to the speeding digital clock of 24, time marks our days. It is ever-present and universal, yet its measure and the terms used to describe it vary widely from culture to culture. It is at once precise and scientific, and yet extremely personal. We’ve all had moments that seem to slow or stand still, and other moments, even years, that fly by.

As it figures in our lives, time and its passage figures largely in art. Music, dance, theater and film are all time-based, and while writing is loosely connected to time, writers manipulate it and suggest it in a variety of ways. Photography is tricky. We don’t necessarily associate still photography with time, but from subject matter, to the speed of a subject, to the speed of the shutter, photography invokes, involves and captures time. Edward Weston’s studies of knarled driftwood speak of endurance over the course of many years. Henri Cartier-Bresson‘s pictures embrace a shorter time frame, the decisive moment, in which a photographer can “fix eternity in an instant,” and Duane Michals‘ photo-sequences explore transformations that occur before the camera over a period of time. (The grandfather of photo sequencing was Eadweard Muybridge whose stop motion pictures of humans and animals in action were landmarks in both “still” photography and film).

Sometimes it’s the photographer who does the hustling. Ansel Adams was driving back from a disappointing shoot in New Mexico when he saw a scene of small houses, crosses and fields stretched out beneath the late clouds and pale, emerging moon. He rushed to set up his 8 x 10 view camera, but couldn’t find his light meter. Since he knew the luminance of the moon, he guessed the exposure, and took the shot. He didn’t get a second, because the sun had faded, plunging the entire scene into shadow. The picture, Moonrise, Hernandez, New Mexico, one of Adams’ most famous, is a moment both in and of time. It shows a specific moment in the American Southwest, but in the layout of earth and sky, and man’s smaller place in between, it touches on something deeper and universal.

In Professional Women Photographers’ upcoming show Perspectives on Time, we invite members to explore what time means to them. The show will be on display at the Callahan Center Gallery of St. Francis College from March 2nd to 31st, 2011, with a reception on March 9th from 6:30 – 8:00 pm. This is a large open space, a great place for PWP photographers to go big with their pictures. Pieces up to 40 inches on the longest side are welcome. The Exhibitions Committee has also relaxed framing requirements for this show. Frames can be black, white, silver or gold, and mats are not required. This is a great place to experiment and try new things! 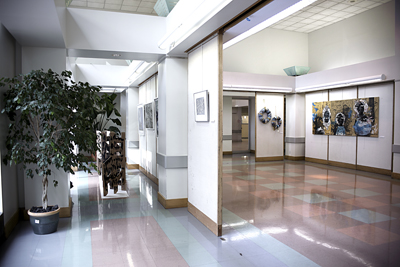 Whether time means progress or looking back, whether it is speeding forward or frozen still-whatever your interpretations, literal or poetic, we look forward to seeing them!