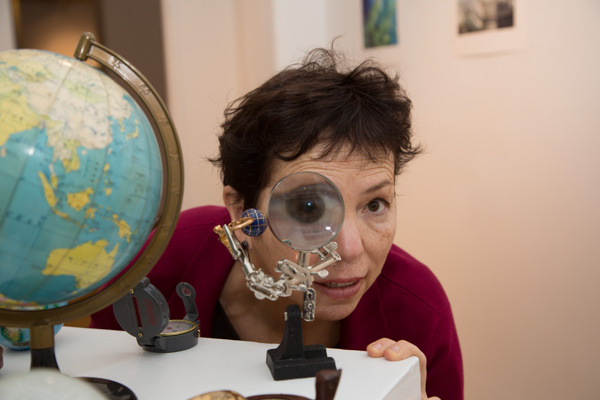 PWP: You are known for your tough pictures of Bushwick in the 1980′s. Why did you turn to a subject matter that embraces lightness and whimsey?

MM: In addition to being an art teacher in the New York City school system, I was also a freelance illustrator, and did a lot of work for educational publishers, including the New York Times Science Times, and Scholastic (Sea Otters: Little Clowns of The Sea). 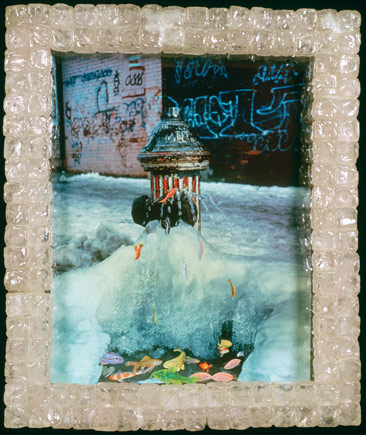 When I was teaching in Bushwick, I started painting directly on my Cibachrome prints in a whimsical fashion. I also became a certified scuba diver, bought an underwater Nikonos camera and flash, and began photographing my underwater adventures in Florida, Mexico, the Bahamas, Honduras and Florida. I read Twenty Thousand Leagues Under The Sea by Jules Verne and had visions of my beloved New York City submerged like Atlantis.

My work was published in Print Magazine and Zoom, and in 1991, I got a call from the art director of a new software company who selected me to come to the Maine Center for Creative Imaging to be among the first artists trained by Apple and Adobe to work on the Macintosh Computer with a new application: Adobe Photoshop. I was hooked, and began making digital images and mixed media sculptures based on aquatic themes.

PWP: What was involved in gaining access to the buildings? 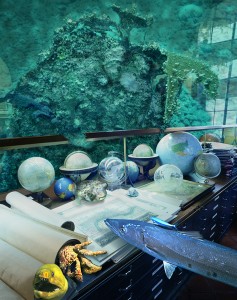 MM: In 1995, I was selected by the MTA Arts for Transit  to create an installation in twelve light boxes in Grand Central Station. My proposal to was “submerge” the terminal digitally, and I received permission to photograph there with a tripod and medium format camera. The resulting installation, Grand Splash, 1995-1996, was a huge success, the MTA’s first exhibit of digital work. It was featured in WIRED Magazine and Print Magazine, in addition to TimeOut and other periodicals.

I wanted to continue, and worked for three years to get permission to photograph the New York Public Library at 42nd Street and Fifth Avenue without paying licensing or rental costs (typically thousands of dollars). 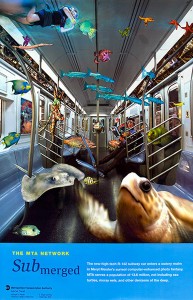 I was also commissioned by the MTA Arts for Transit to create Submerged, an edition of 4,000 posters installed throughout the NYC transit system from 2001-2002. It went up on the day of my 50th birthday–what a celebration! I started “turtle watching,” going to every station throughout the city to see my poster, which was also a self portrait. The Submersions series was awarded a NYFA Catalogue grant.

The Immersions series was the main focus of my work from 1991 on, but during a 2002 exhibit at the ISE Cultural Foundation, my world collapsed. My father passed away suddenly, and my mother who had Alzheimer’s, required full time nursing care. I was very close to my parents, and the mourning and loss was deep and profound. After that, Immersions no longer seemed relevant to my life.

PWP: What‘s coming up next?
MM: In June 2014, coinciding with Bushwick Open Studios, I have a solo show, A Tale of Two Cities: Disco Era Bushwick opening at the Bizarre Black Box Gallery. I frequented and documented the hottest NYC discos in the late 70’s early 80’s, but have never shown these pictures. Juxtaposed with Bushwick images from the early 80s and now, the installation will have the look and feel of a disco. The “Bridge and Tunnel” crowd barred from those velvet ropes and disco doors is now the hip crowd!

So many images, so little time! 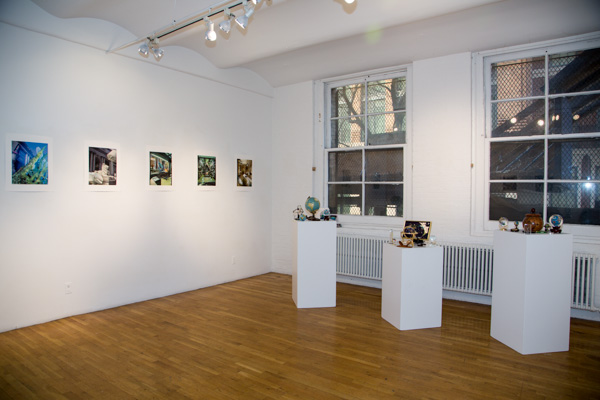