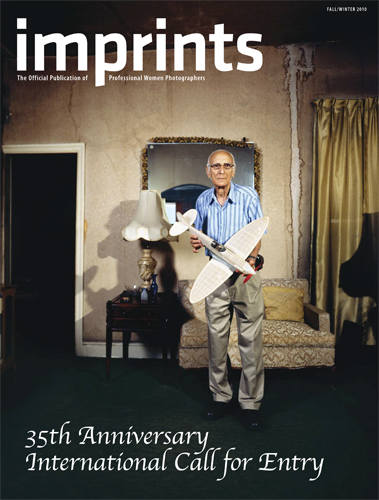 The two jurors for PWP’s first open call were Elinor Carucci and Stephen Perloff. Carucci is an internationally recognized photographer whose images are in the permanent collection of The Museum of Modern Art, the Brooklyn Museum of Fine Art and the Houston Museum of Fine Art. Perloff is the editor of The Photo Review, Focus Magazine and The Photograph Collector. He is also a photographer and curator.

There were four entry categories: People, Places, Nature and Abstract. Jurors awarded a total of $3,000 to the images selected as Best in Show and First, Second and Third prizes in each category. These award-winning photographs, as well as 20 additional Jurors’ Selections, will be exhibited from June 7 – 14, 2011 at Soho Photo gallery in Manhattan.

The Grand Prize image, which graced the Fall 2010 cover of Imprints Magazine,  is by photographer Justyna Badach from Philadelphia. Her image, Bachelor Portraits (Charlie) was entered in the People category. Justyna included this description with her image submission: “His grandparents bought this house when they came to this country. They were bakers, his parents too. The bread ovens were in the basement. They all lived together. He wanted to be a pilot, to see the world. At one point he dated a German girl. She was more worldly than the Italian girls his mom liked. He thought they would get married. But it just did not happen.”

Justyna was born in the Soviet Union in 1972. She emigrated to the USA, where she received a BFA in Photography and Art Education at the University of the Arts in Philadelphia and an MFA in Photography at Cranbrook Academy of Art in Michigan.

Soho Photo is located at 15 White Street, just west of Avenue of the Americas, and a few blocks south of Canal Street (stops for the R, N, and 6 trains).  The reception is Tuesday, June 7th from 6 – 8 pm. Regular gallery hours are Wednesday – Sunday, 1 – 6 pm. 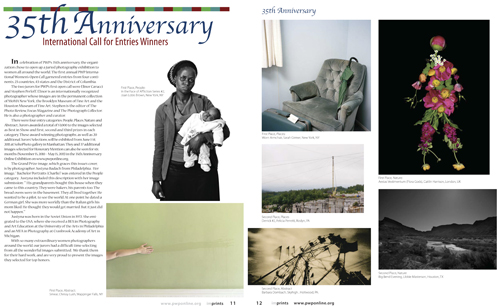