Solarplating – A Revolutionary Development in Printmaking 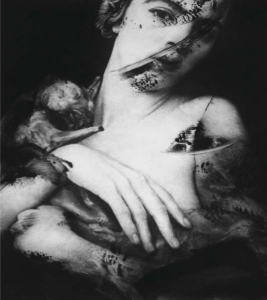 In 1971 Dan Welden, www.danwelden.com created what was to become a process that many people consider having brought photography to a new level: Solarplate Printmaking. He received a grant from New York State Council on the Arts (NYSCA) and proceeded to develop an alternative printmaking technique that was safer for individuals and the planet.  Since the process is very portable, Dan, a dedicated Master Printmaker, has held workshops all over the world, continuously collaborating with other artists and ceaselessly creating his own work (www.solarplate.com). Traditional etching uses acids to bite into the unprotected parts of a metal surface in order to hold ink on copper or zinc. Solarplate printmaking uses ultra violet light and water, instead of the hazardous grounds and acids, and yet maintains the tradition of hand inking, hand wiping and cranking a press. The artist’s DNA will be part of the work!

The Solarplate process is wonderfully versatile because it can accommodate the stylistic approaches of virtually any artist, from photography to drawing and painting.  Printmakers who have traditionally used etching techniques such as spit bite, aquatint and sugarlift can replicate the desired look and texture with Solarplates. The advantage to using this material is that it does not use acid; it is all done with UV or sunlight.

A Solarplate is a piece of steel that has been coated with a light sensitive polymer. An image is initially generated on a piece of transparent film. This can be achieved by drawing or painting washes on acetate, photocopying images onto film, or through darkroom techniques for creating a positive on film. To replicate the impression of photography, or with any technique that carries a range of tonalities, the photographer can use the computer to digitize their results and print them onto transparent film. The film in turn is then exposed to the Solarplate with UV light and developed in ordinary tap water. 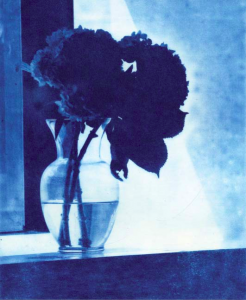 The unexposed areas of the plate are dissolved by the water, because the areas that are exposed to the light are “hardened,€ leaving the impression of the image. The plate is dried, post exposed and ready to print. In order to guarantee accurate exposures, it is incumbent on the artist to create a series of test exposures to settle on how long the plate is exposed to the ultraviolet light.  Final results can be high quality, professional and rival photogravure.

The Solar Plex Box I spoke with two of Dan’s students, Pat Yancovitz and Deborah Riley, about they found Solarplating and why they took to this process.  Pat Yancovitz has been an artist all of her life. Her creativity extends to always looking for new processes with which she can combine her photography, the art she holds dear to her heart. For quite a while, Pat was doing Polaroid transfers in 8×10. When Polaroid stopped making the film, she wanted to find a new venue for her creativity. She found Solarplating purely by accident. A friend found an ad for a workshop. She was hooked.

As a digital photographer, Pat has her images printed from a CD on acetate rather than on film stock in the darkroom. Once the acetates are printed, and once the plate is made, she often manipulates the image by painting on the plate or directly on the image. In this instance the photographer becomes a painter and a printmaker. Using a variety of techniques, Pat has created many different prints from one plate.

Pat gained extensive experience in creative alternative printing processes and the manual manipulation of images with Polaroid image transfer. With there being no more Polaroid film for transfers, the Solarplating become the next creative process for Pat to experience.

Deborah Riley found Solarplating by accident as well.  In 2001 she found a book on the process, found a workshop and she too was hooked.  She has taken workshops in New Mexico and Tuscany.

The images created by Deborah Riley utilize both the principles of darkroom photography and the processes of printmaking. Using Solarplates as the support for her polymer photogravures, Deborah manipulates the surface of the plates to reconstruct established images in an extraordinary fashion. 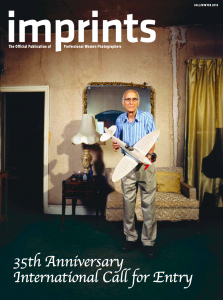 Deborah Riley’s photogravures rely on complex subject matter that challenge an audience. Yet it is in the physical manipulation of the subject matter on the surface of the plate that the art is truly created. Deborah is a film photographer and her film is impeccably developed; the tonal range focuses attention to the primary subject. The film is exposed to the Solarplate and an edition could easily be printed at this point. But the plate serves as a matrix for a variety of monoprints that Deborah manipulates from the established image. As with Pat Yancovitz, Deborah becomes a painter and a printmaker. Using a variety of techniques, Deborah creates several equally challenging and evocative incarnations from a singular plate.