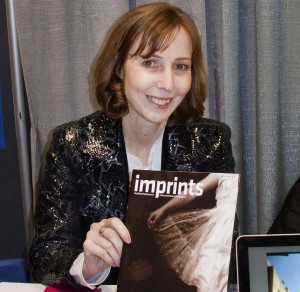 Leslie Granda-Hill is one of PWP’s most talented members. Shooting a wide range of projects in a variety of styles, she always produces stellar work. On September 9th, her show Familia Oaxaca opens at the Umbrella Arts Gallery in Manhattan. Featuring images of an impoverished Mexican Family, it demonstrates her deep empathy with her subjects. Granda-Hill has also worked closely with returning veterans, and took time to speak with PWP about this project that is very close to her heart. 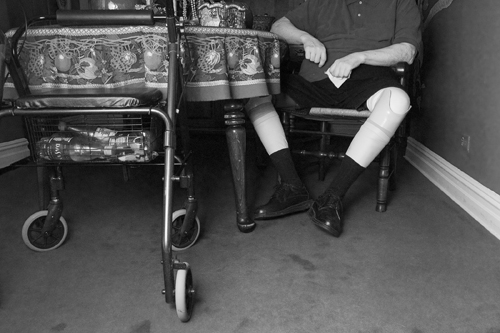 PWP: How did you come to photograph veterans?
LGH: In 2009 I didn’t know any veterans, so reached out to the nonprofit organization, Wounded Warrior Project (which I am still very active with). It took 3 months, but they finally put out an e-mail and I got several responses. I knew there were many people who felt the need to have their story heard, and appreciate their strength and trust to become part of this project. I am very grateful to each person who shared their time and story with me. 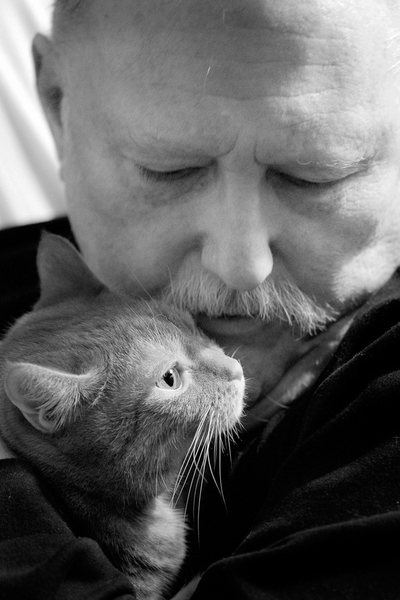 PWP: What was it about their cause and suffering that made you take action?
LGH: Initially I was planning on photographing the effects of physical injuries sustained in combat, but it quickly became apparent that the psychological injuries many men and women suffered are seldom recognized and just as traumatic. The more I heard, the more I realized how important the issue is and how little it has been recognized. Very often it is difficult for them to prove traumatic brain injuries and issues related to Post Traumatic Stress Disorder, and they often face challenges and long delays to get treatment. While there are many young men and women who have suffered severe injuries, there are also career veterans that have been injured, and it can be quite destructive to their families. One veteran I interviewed, Lee Entwisle, was exposed to Agent Orange in the Vietnam War and is now suffering extensively–physically and psychologically. 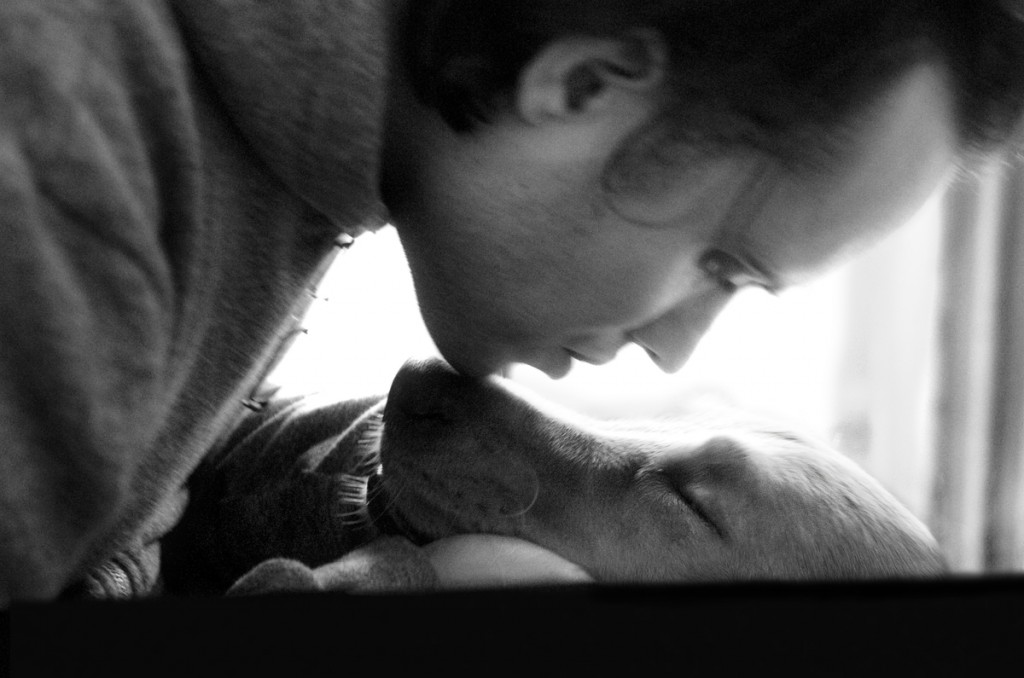 PWP: What was your most touching experience?
LGH: Each person has such an incredible story, and I truly am so impressed by the strength they have shown to overcome enormous obstacles. All the stories have a common denominator: it is crucial to their recovery to have someone by their side to help them. It can be a spouse (the spouses are so amazing and also heroes!), or in many of the stories I followed, service dogs. There are many ways a service dog can help, from assisting with physical tasks to the very important psychological needs of a man or woman with PTSD. I actually visited two prisons in Pennsylvania that train puppies to become service dogs. I went with a veteran who was injured on 9/11 as a first responder. His dog had been trained at the prison, and it was the first time one had returned there as a working professional. As the veteran spoke of the crucial role the dog played in his physical and psychological recovery, the inmates, many of whom are serving long sentences, were in tears. It was moving to watch these men learn how the sweet puppies that grew under their care have had such an impact on others’ lives. This man now has a family, and is working to get other veterans the help they need. 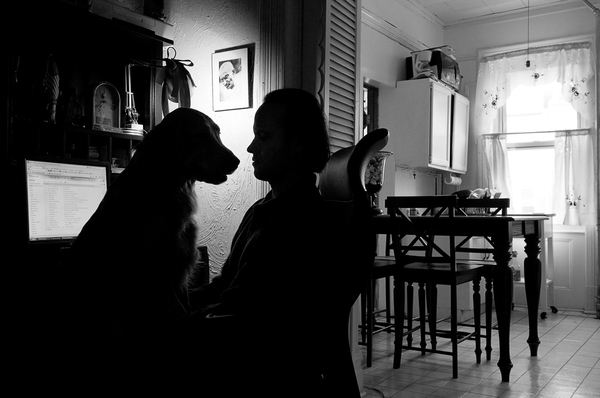 PWP: What are their problems coming home? How do they view our country after service in extreme combat zones?
LGH: Each individual is unique, and I’m sure there are many different views on their service. The overall feeling I have from spending time with veterans is that they are very passionate about their patriotism and proud of their service to our country. Most wish they could have returned to serve the rest of their tour because they are so committed to the other members of their unit. But returning home they have often experienced frustrating treatment from the Veterans Administration and feelings of isolation. It’s extremely difficult to re-adapt to our society after being in such an intense and often traumatic environment. Couple that with physical injuries and psychological damage, and many veterans are unable to function, and many sadly commit suicide. 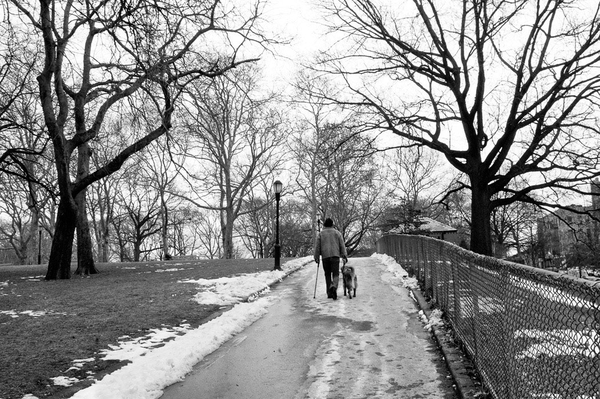 PWP: How do you win their trust?
LGH: I’m sincerely interested in each person and their story. When I started this project, I had no idea where it would take me. It was fortuitous that the first men I photographed were very receptive to being photographed, as I did not have any similar experiences for reference. Once I had images to show, it became easier to gain access. Now I have an extended network of people involved in various aspects of veterans organizations. As I’ve worked on this project I’ve made sure that the work that I produce is sensitive and respectful to each individual. I’m especially flattered that I have been included in celebrations and family events. These are also an important part of each story of recovery.

PWP: How do they see your work?
LGH: I’m still surprised at the gratitude each veteran has expressed to me. I think that by being photographed, each person feels they are being acknowledged and respected for their service and loss. They are generally very receptive to sharing their stories and are extremely generous with the personal details of their experiences. I also feel the experience of sharing such personal experiences creates a bond between us and results in a lasting friendship. 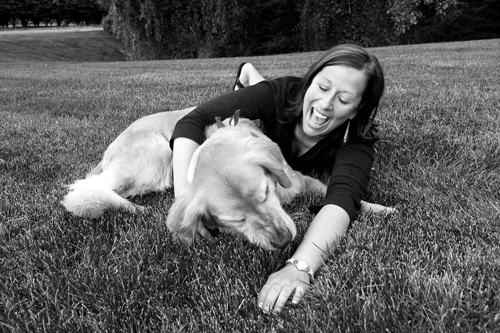 PWP: Where has this work been featured and has it spurred others to action?
LGH: One of the unexpected rewards of this project has been the extensive reach the images have had. I’m very pleased that the participants have found the images important for their own purposes, and some have been featured in textbooks (Scholastic), nationwide posters (Geoffrey Beene Project Heal), TV (CNN), newspapers (The Wall Street Journal), books (Until Tuesday). I love the fact that these images have possibly enabled the veterans to achieve their own goals in helping others. Through this project, I’ve also been lucky to gain access to locations that are not easily accessible, such as prisons in Pennsylvania, and that makes those images much more sought after as they are much more rare. Overall, if I’ve had any role in educating the public on the struggles veterans face and will face for a long time, I will feel that the project has been successful. 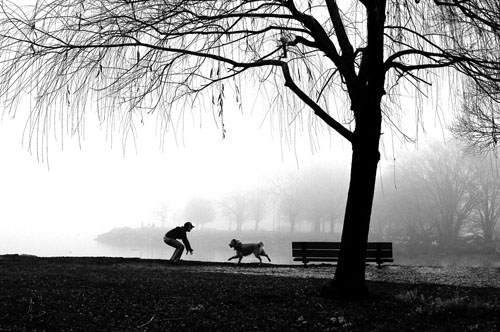 Granda-Hill is currently creating images for the Wounded Warrior Project to use on an upcoming website dedicated to helping verified veterans of every generation. 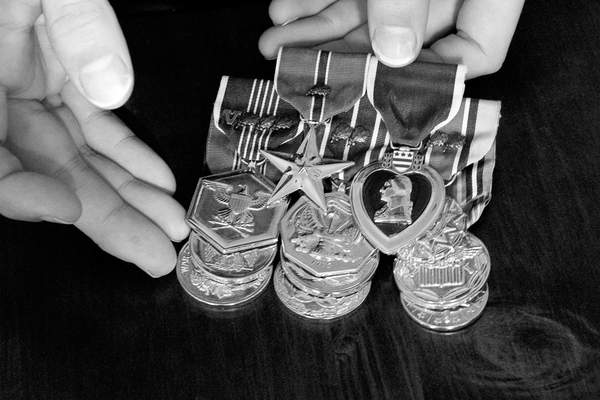 Notes on the veterans in the pictures:

Luis Carlos Montalvàn served 17 years in the US Army. He earned the purple heart after a brutal attack and assassination attempt in 2003. He and his service dog, Tuesday, spend every moment of the day together. Tuesday’s companionship relieves some of the symptoms of post traumatic stress disorder that Luis suffers from, including insomnia, flashbacks and agoraphobia. He also plays a key role in Luis’ physical and psychological recovery from the wounds of war. Educated Canines Assisting with Disabilities (ECAD) provides dogs trained by professionals and troubled youth to people who have a variety of limitations. Tuesday knows more than 80 commands and can help with many daily tasks as well as providing companionship. Luis takes a combination of psychotropic and painkilling medications to relieve the pain of injuries sustained during 17 years of service in the Army. Injuries are commonly misdiagnosed and seeking treatment can be a long and arduous process. Many service members diagnosed with PTSD have even served more than one combat tour due to both personnel shortages and a beleaguered military that has been fighting since 9-11.

Lee Entwisle lives in Brooklyn, NY, with his two cats that provide companionship. Lee, who has had both legs amputated due to exposure to Agent Orange while serving in the Navy in Vietnam, is virtually housebound.

Kimberly Specht suffers from PTSD and with the help of her Service Dog, Toby, has begun to heal from the trauma that she suffered while serving in the Air Force.