If you published an award-winning book on one of the hottest musicians in the world that is selling like hotcakes, would you donate every single cent of the profits? That is what Debra Rothenberg is doing, and that’s only the tip of the iceberg of her giving nature.

The explanation is simple. “I like helping people because I didn’t have people helping me,” she said. It took her 17 years of “blood, sweat, and tears” to be at ease with her work and if she had help it wouldn’t have taken that long to get comfortable. She remembers her early time when she asked a fellow photographer what lens he was using. He wouldn’t tell her and hid the lens. Because of this, Debra happily shares all she knows, which is a lot. She has a broad knowledge of many aspects of photography including technique, equipment, business and money.

In college, her photography teacher told her and a friend: “you suck. You’re never going to make it. Find a new career.” Her friend followed his words, but Debra didn’t even though she sometimes believed him. Along the way there were others who would try to knock her down, but luckily she had strong support from her mother, father and three brothers. Her mother in particular taught her to keep going no matter what.

And she did keep going. She left school and got a job as a photographer for a newspaper. She had 3 newspaper jobs (in New Yor State, Pennsylvania and New Jersey) before going to the Monmouth County Park System in New Jersey as a senior photographer. She worked there for 12 years and then decided to head to the unknown, terrifying world of New York City. Upon arriving in New York she began showing her book. At one interview the interviewer said “I haven’t heard of you.” Debra slammed her book closed and said “you will!” and walked out. A few minutes later she asked herself “what have I done?” 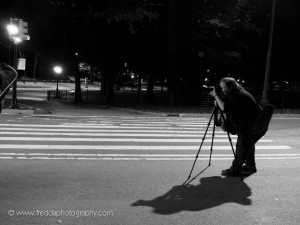 This was a big question as she struggled to find some stability in a daunting city. Looking back she knows that New York was the best thing for her personally and professionally. She went through a stressful job search but ended up at the Daily News. The man who interviewed her appreciated her book and told her “this is how a book should look.” He also told her she wasn’t going to get rich there. She took the job because she didn’t want to get rich, or find fame, she only wanted to shoot every day, which she did.

Debra always had an interest in shooting concerts and did so often but not exclusively. She finally got a break from a PR person she knew and shot Ricky Martin and Enrique Iglesias. She also did another singer and had to ask “who is J-Lo?” and her photo ended up on the front page of the Daily News. From that day forward the Daily News used her exclusively for concerts. She was living her dream.

Although that was the beginning of career concert shooting, she had been shooting Bruce Springsteen years before that. She loved his music and would follow him around and take photos. From the moment she began photographing him Debra decided that all the profits made from this work would be donated to charity and she has stuck to this promise. The money through the years has gone to many charities, most recently her profits have gone to ALZ.org (for Alzheimer’s), National Breast Cancer Foundation, and Light of Day Foundation (for Parkinson’s). These are chosen through her experiences. She knew 25 women who were diagnosed in one year with breast cancer, and her family struggled with her mother’s battle with Alzheimer’s.

In the last couple of years she has curtailed her concert shooting. Instead she has been enjoying shooting children’s books and her cats. Her passion has become everything around her and she’s always shooting what moves her. She is coming out with a new book that features her cats along with inspirational words (see the cover below). In addition, she has begun other projects, which once again allows her to help people. As her work changes shape she has found herself passing jobs on when she is already booked, or if she feels someone else is better at it then she is. 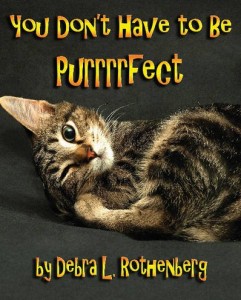 Her giving nature has also led Debra to dedicated herself to bringing together women photographers. She runs a closed Facebook page for women to vent, question and share their experiences. There are currently 230 members, many of them active. She is new to PWP but has already given us a lot. She did a presentation for the high school students at the opening of this year’s Student Exhibitions event. She also volunteered to spearhead a photo walk in central park at night which was breathtaking. We look forward to getting to know Debra better and exploring her past and future work.