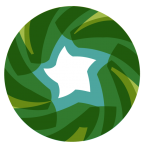 (Note: All exhibitions are group shows except where indicated as solo shows.  Details are in the following paragraph.)

Irma BohÃ³rquez-Geisler is selling her images at two holiday fairs in Brooklyn and Manhattan.  Please note the dates and locations above.  ==  Myrna Harrison-Changar has work in the Winter Wonderland Art Exhibition at United Hebrew Home in New Rochelle, NY from 12/1-2/28.  ==  Trish Mayo has work in Nature’s Palatte, at Wave Hill House, the Bronx, from 11/15-12/31.  ==  On 10/6, Roz Rosenblum is judging the Manhattan Miniature Photo competition at the Community Church, NYC.  ==  Ann Tracy is in Small but Mighty, a group show at Temporary Contemporary Arts Center, 1616 Del Paso Blvd., Sacramento, CA which closes on 12/11.  ==  Janice Wood Wetzel and Deena Weintraub co-curated Memory Lingers On, a photography show at the West Side Arts Coalition from 1/26-2/13.

Ann Ginsburgh Hofkin had a solo exhibition, The Land Before You, in the Milton J. Weill Gallery, in the lobby of the 92nd Street Y, NYC from 9/1-10/11.  ==  Gail Gregg had a solo exhibition, The Album Series, at Luise Ross Gallery, NYC from 10/14-11/13.  It was a drawing project in which Gail used old photo albums to address the subject of memory and loss.  ==  Marilyn Kaggen had a solo exhibition, City: Black and White photographs by Marilyn Kaggen, at the Hope and Anchor Diner, Red Hook, Brooklyn from 10/25-11/27.  ==  Alyce Mayo, Barbara Leven, Pat Garbarini and Ruth Gitto had photographs in Inspired by Nature, an exhibit comprising over one hundred images by fifty members of the New York City Sierra Club Photography Committee, at Calumet Photo Gallery, NYC from 11/2-26.  The show was juried and curated by Barbara Koppelman.  ==  One image by Debbie Miracolo was selected for Capture Brooklyn, at the PowerHouse Arena in DUMBO, from 9/24-10/15.  ==  Six photos by Elizabeth Niesuchouski were in Commuters, at the Arts Guild of New Jersey in Rahway, NJ from 9/10-10/7.  ==  Five images by Maddi Ring were selected for the Kips Bay Decorator Show House, an annual fund raiser for the Kips Bay Boys and Girls Club, from 10/14-11/11.  The images were part of the designer’s wall art in the living room of the top floor of a 6-story limestone townhouse at 106 East 71st Street.  ==  Diane Smook had a solo exhibit of sepia photographs, Portraits from the Garden: An Uncommon View, at Art on Main, the gallery at Barnbrook Realty, 271 Main Street, Great Barrington, MA from 9/24-10/29.  ==  Abstract images by Janice Wood Wetzel, Photos by Design, were featured in the Broadway window of Westside Ritz Camera, 2400 Broadway (at the corner of 88th Street), NYC during the month of October.  ==  Pat Yancovitz had her first solo show, New Work, at Hampton Bays Library, in Hampton Bays, NY from 10/30-11/27.

Paula Berg was a winner of the “Unnoticed Beauty€ Photography Competition, celebrating the neighborhoods of Crown Heights, Prospect Heights, Bedford-Stuyvesant, Clinton Hill, and Fort Greene.  Her photo was displayed at an exhibition on 11/12 at Launchpad, a gallery in Crown Heights, and it will be included in a book and digital map.  ==  Images from Sandra Gottlieb‘s 2009 summer series won First Place in the Nature-Water category of the PX3 Prix de la Photographie Paris 2010 competition.  The photos will appear in an up-coming exhibition in Paris, and will also be published in the 2010 PX3 Annual Book of competition winners.  ==  Barbara Leven received four Honorable Mentions in three categories of the Professional Division of the 2010 International Photography Awards.  IPA is a sister-effort of the Lucie Foundation.  ==  A photo by On 11/17, Andy Mars presented a Mixed Media Photography Workshop for the members of PWP.  ==  Elizabeth Niesuchouski was chosen to illustrate a Jones Soda bottle label.  ==  On 10/8, Shoshana Rothaizer presented a PowerPoint display of photographs while on a panel at an academic conference at the CUNY graduate school, NYC.  Shoshana is grateful to Monica Barnes, the tireless professional wizard who provided endless hours of scanning, retouching and creative intelligence, to bring this project to life.  ==  Ann Marie Rousseau won a $2500 award from the HARC Foundation for her photography project, “Surveillance Frameworks,€ and as part of the award, a solo exhibition of her work was the centerpiece of a gala event at Highways Gallery in Santa Monica, CA on 10/30.  ==  A photo exhibit by Deborah Terry was part of  the International Lifeline Fund 2010 Fund Raiser at Longview Gallery in Washington, D.C. on 10/26.  ==  Two PWP members won Julia Margaret Cameron Awards.  Jackie Weisberg received an Honorable Mention for a portfolio, and Joan Katz won a Second Place in the portrait category.  This juried show was sponsored by WPGA (the World Photography Gala Awards).  A book of all the awardees, The Julia Cameron Awards 2010, will be published in November, and an exhibition is planned in Buenos Aires, Argentina in August 2011.  Additionally, the overall winners will appear in ZOOM magazine.

Six photos by Sandy Alpert, from her series “Ghosts Who Now Dance,€ will be featured in PHOTOBOOK NYC, a new project by Photo District News in conjunction with Blurb, which includes thirty-five New York City photographers.  Publication of this special edition book was set to coincide with PhotoPlus Expo, at the Javits Center, NYC from 10/28-30.   ==  Monica Barnes has been scanning, studying, and annotating a collection of approximately 5,000 negatives taken during the 1960s at the large Inca site of HuÃ¡nuco Pampa in central Peru . These are housed at the American Museum of Natural History. A short article incorporating two of these photos has been posted on the Antiquity website and is part of the December 2010 issue of that journal. To read Monica’s article and see the photographs go to: http://www.antiquity.ac.uk/projgall/barnes326/ ==  The September issue of New York Spaces features five pages of photographs and commentary about Sheila Bernard‘s “Urban Series,€ in an article titled “Reach for the Sky.€  == Two photographs by Ardith Bondi appeared in The New York Times.  They were first published online on the City Room blog on Sunday, 10/31, and again in the printed version, on Page A24, on 11/1. To view the image, go to: http://cityroom.blogs.nytimes.com/2010/10/31/library-warbler-barron/?hp ==  The October 2010 issue of Art in America has a review by Elisa Decker of 99-year-old Will Barnet’s show of recent abstract paintings that were shown at Alexandre Gallery on 57th Street.  ==  Four images by Sandra Gottlieb accompany the text in a newly released book, ONE: The Mind Aware, copyright 2010 by New Momentum for Human Unity Productions.  A sample, including Sandra’s image, “Horizontal #20, can be viewed at: http://www.newmomentumforhumanunity.org/pictsUSERS/One_Book_Sample.pdf ==  An image by Sonia Leon is on the cover of the current (third) issue of Imprints, the new publication of Professional Women Photographers.  ==  On 9/26, photos by Andy Mars of September 11th events this year in New York City were published in a feature story titled “Insights from Ground Zero on the anniversary of 9/11,€ in the Faith and Values Section of Post & Courier, a South Carolina newspaper.  Go to: http://www.postandcourier.com/news/2010/sep/26/report-from-ground-zero/.  Also, a slideshow can be viewed at: http://bit.ly/964cay ==  Shoshana Rothaizer‘s photographs and writing will be included in the up-coming anthology, In the Spirit of We’Moon: Celebrating 30 Years, to be published by Mother Tongue Ink.  For more information, please go to: http://www.wemoon.ws/anth.html ==  In October, Hirmer Verlag (Munich) published New York City Gardens, photographed by Betsy Pinover Schiff, in English, French and German, with a U.S. launch at Rizzoli Bookshop on 57th Street in Manhattan.  It is being distributed in major bookstores throughout Europe as well as at numerous bookshops in the New York metropolitan area and on Amazon.com.   A review in The New York Times on 10/31 described the book as “an ambrosial paean to public and private spaces.€  ==  A review by Carson Ferri-Grant of PWP‘s group show, Objects of Affection, appeared on Newsblaze.com.  Check it out at: http://newsblaze.com/story/20100801163552zzzz.nb/topstory.html

Monica Barnes has been scanning, studying, and annotating a collection of approximately 5,000 negatives taken during the 1960s at the large Inca site of HuÃ¡nuco Pampa in central Peru . A complete write-up is in “Publications.  To view a short article posted on the Antiquity website, which is part of the December 2010 issue of that journal, go to: http://www.antiquity.ac.uk/projgall/barnes326/ Two photographs by Ardith Bondi appeared in The New York Times on 10/31 and 11/1. (Please see “Publications.€)  To view the images, go to: http://cityroom.blogs.nytimes.com/2010/10/31/library-warbler-barron/?hp ==
Elisa Decker had five photos in the Maryland Institute College of Art’s
15×15 Alumni Exhibition and Art Sale, which was online through summer 2011.  ==  Six images by Phyllis J. Featherstone were included in a review of her pinhole photographs in an art blog.  Go to: http://www.artezine.com/az17_rs_pinh.html ==  Please refer to “Publications€ regarding a recently-published book in which Sandra Gottlieb has four images.  A sample, including one of Sandra’s images, can be viewed at: http://www.newmomentumforhumanunity.org/pictsUSERS/One_Book_Sample.pdf Leslie Granda-Hill was interviewed by Paul Giguere for the podcast “Thoughts on Photography.€  Posted on 10/24, the interview can be found at: http://www.thoughtsonphotography.com/.  Also, an image fromLeslie’s “Coming Home€ photo documentary project on wounded soldiers, is being used by Geoffrey Beene in an national ad campaign promoting their contribution to Project Heal.  The ads will appear throughout the U.S. through December.  Go to: http://www.lghphoto.com/updates-page1.html ==  Barbara Leven has ten images for sale in the store of the Museum of Modern Photography, an online museum.  Go to: http://www.mmpca.org/catalog/9?page=3 ==  Andy Mars was a guest blogger on 9/8 on the Rodenas photography blog.  Andy’s article, “Fine Art & Photography as One,€ can be found at: http://rodenasphoto.wordpress.com/2010/09/07/fineartphotography/ ==  Open House New York (OHNY) selected one photo by Trish Mayo for their 2010 Focus on Architecture Photography Competition in the Exterior Category.  Go to:  http://ohny.wordpress.com/2010/11/22/focus-on-architecture-competition-winners-2/ ==  Lynn Saville was interviewed on BOMBSITE, the website for Bomb Magazine.  Go to:
http://bombsite.com/issues/999/articles/3668 ==  Photos by Rebecca Swanson are featured in a gardening blog.  Go to: http://dig-it-blog.com ==  Three images by Jackie Weisberg won Honorable Mention at the Women in Photography International contest FACES 2010.  The home page is: http://womeninphotography.org/wipihome.html, and to see Jackie’s photos, go to: http://tinyurl.com/27jkaw4, http://tinyurl.com/26qczhd and http://tinyurl.com/2fhghtu.  ==  The online exhibition is now open for  PWP‘s 35th Anniversary International Women’s Call for Entry, including thirteen award-winning images.  Also included are twenty Juror’s Selections and thirty-five Honorable Mentions.  The physical exhition will open on 6/1 at Soho Photo Gallery.  The online exhibition will be open through 5/14/11.  To view it, please go to:  http://www.pwponline.org/display_exhibition_winners.php?s=16.  Also, please see additional information in “Up-Coming Exhibitions€ just below!

Four PWP members received recognition in PWP’s 35th Anniversary International Open Call for Entry, which will open on 6/1.  Fran Dickson won a Jurors’ Selection, and Honorable Mention went to Sandy Alpert, Leslie Granda-Hill, and Tequila Minsky.  All award-winning images and Jurors’ Selections will be in a group show at Soho Photo Gallery from 6/1-14, and award-winning images, Jurors’ Selections and Honorable Mentions will be in an online exhibition on the PWP website from 11/15-5/14.  Terry Berenson, Adele Epstein, Patricia Gilman, Catherine Kirkpatrick and Maddi Ring helped with this fund-raising project.  ==

Kudos is open to general, student and lifetime members, and is updated the first of each month. For future PWP newsletters and inclusion online, please send information to Shoshana via the U.S. mail or cyberspace. The printed version is distributed at PWP’s monthly meetings, and the online version is at our website.  Go to: http://pwponline.org/blog, and then click on Kudos.